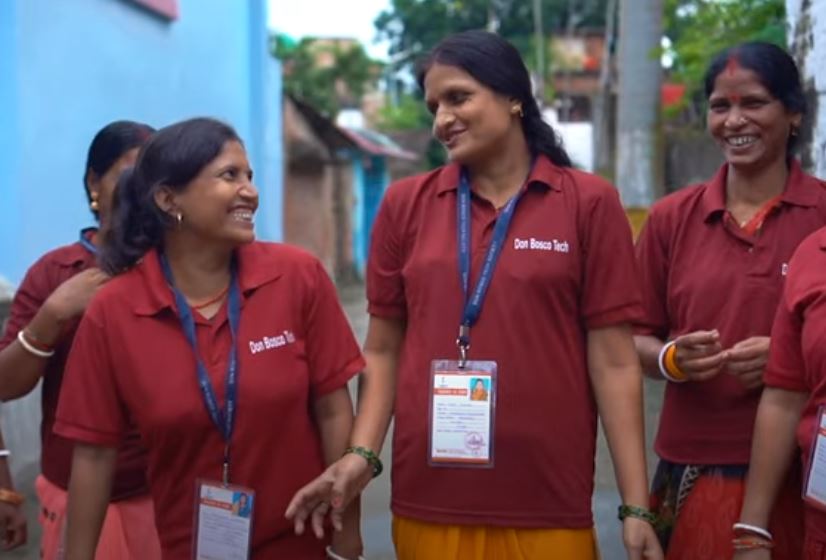 (MissionNewswire) Don Bosco Tech launched its first agricultural training program in Katihar, India in 2020 to teach and empower 53 women to begin training in mushroom growing and growing mushrooms at home. As a result, these women doubled and tripled their initial investments and were able to earn income to support their families. The program has grown â€” increasing the number of participants undergoing training and the income of women.

Bro. George Mathew, Executive Director of Don Bosco Tech, said: â€œWe saw at the start of the pandemic during the closures that many families, especially in the informal employment sector, had lost their jobs and needed Support. It was then that we, as an organization, decided to create a program to help these young families acquire the skills necessary to be able to stay in their own villages and earn an income.

Growing mushrooms was easy to get started for most of the women. They could buy the seeds, grow them in their own homes, and cultivate them while being confined and engaged with their families. In addition, the start-up cost was low enough to be affordable and the benefits substantial enough to have a real impact for these women and their families.

One woman said: â€œThe best thing about Don Bosco Tech’s mushroom growing program is that it is very profitable. My economic situation was difficult before, but since I started cultivating mushrooms, I have received a lot of profit, which has improved my economic situation. I can now send my children to a good private school, which I couldn’t do before.

Additionally, women participating in the program gained confidence and were eager to learn and connect with their peers. Prior to the program, many women lacked self-confidence, often did not leave their homes, and were unable to contribute to their family’s income. The Salesian teachers observed how the women developed personally during the formation and became eager to start their own agricultural businesses.

Don Bosco Tech has a market-based approach to providing vocational training to young people between the ages of 18 and 35 so that they can find and keep employment and become self-reliant. To date, Don Bosco Tech has established a network of over 300 vocational training centers across India that attempts to bridge this growing gap between those who have access to opportunities and those who are increasingly marginalized from â€œnew economyâ€ jobs.

India has the world’s fourth-largest economy, but over 22 percent of the country lives in poverty. About 31 percent of the world’s multidimensionally poor children live in India, according to a report from the Oxford Poverty and Human Development Initiative. A multidimensionally poor child is a child who lacks at least a third of the 10 indicators, grouped into three dimensions of poverty: health, education and standard of living.

Salesian programs across India are mainly focused on education. The Salesian primary and secondary education in the country helps young people to prepare for further technical, vocational or university studies. Other programs help support poor youth and their families by meeting basic needs for shelter, good nutrition and medical care.