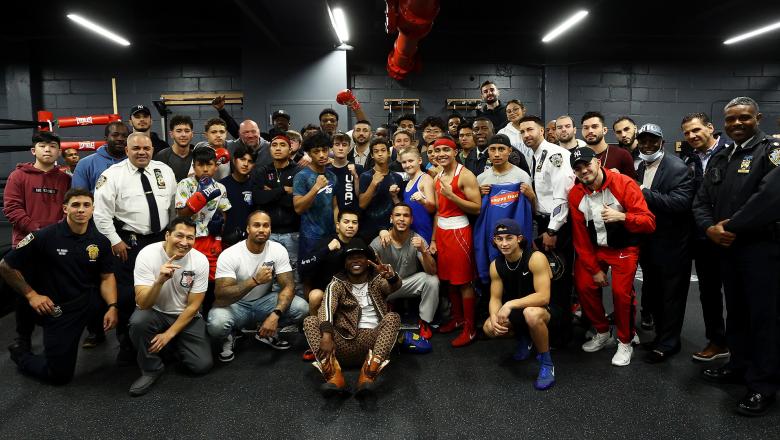 “It was in the ’80s, so those streets were pretty bad and every kid I talked to said the same thing,’ I’m selling drugs just to be part of the crew, ‘” recalls. Russo, a rookie at the time who was a member of the NYPD boxing team and saw what the sport did for him. “And I was at Sunset Park where the Latin Kings were, and I’m going to tell you the truth, I can’t even take credit for that.” He would go to community meetings and people would say to us, â€œYes, you made a hundred arrests on 49th Street this month and it did nothing; all you did was give a hundred kids felony arrest records. And they said, we have to have these kids before the gangs catch them. I had just started boxing at the time on the NYPD team, and I said, “You know what, let’s start a boxing program in Sunset Park.” The park locker room was completely empty for 10 months of the year. Two months they would use it for the pool.

Russo went to the Parks Department, but they weren’t interested. Undeterred, he then approached elected officials who made it clear that this was an anti-crime initiative and that it was going to be done. And it was.

More than three decades later, the Sunset Park program is no longer there, but a location in Flatbush, East Brooklyn, as well as two in Staten Island. The goal is to have programs in all five of New York City’s boroughs, and the NYPD is firmly behind this essential program, which is completely free for youth ages 12 to 21.

“This program creates an opportunity for young people and gives them a place to be other than the street corners,” said Chief Jeffrey Maddrey, NYPD’s office of community affairs. â€œIt gives them something to do after school. And it’s not just about boxing and fitness. Cops & Kids is about mentoring and academics – helping young people with their schoolwork and it’s a place where they have an outlet, where they can talk to someone about things that they might be afraid to talk to their parents about. parents or their siblings. This program is therefore very important for the community.

Supervision of women in the army