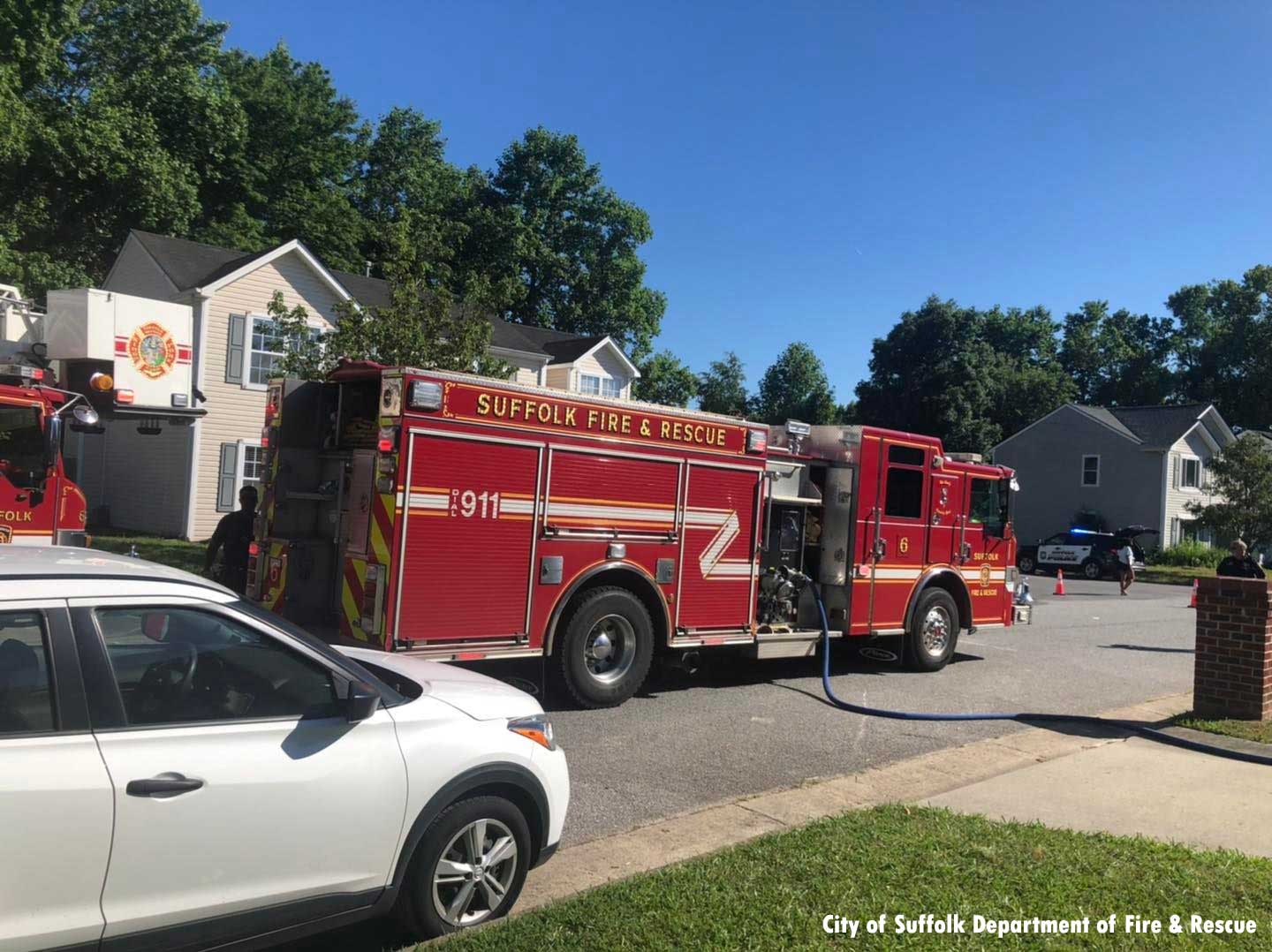 City of Suffolk (VA) Fire & Rescue responded to a blaze on Monday that left two injured and six displaced.

The businesses responded to the 100 Block of Tournament Court for a reported residential structure on fire. Emergency communications sent the incident at 4:48 p.m.

Engine 6, Ladder 6, Medic 6 and Safety 1 arrived at 4:52 p.m. to find smoke coming from the front door of a single family residence. Two adult residents were outside when firefighters arrived. Both residents reported smoke inhalation and were treated by paramedics.

Crews launched an interior attack and search of the residence. The main fire potion was contained in the kitchen of the house, but there is smoke damage on the first floor of the house. The two adults were treated at the scene but refused to be transported to a local hospital. No injuries were reported by firefighters.

The fire is being investigated by the Office of the Fire Marshal, but the fire appears to be accidental. The American Red Cross has been contacted to assist the four displaced adults and one child.

The fire was brought under control by 5.06pm. Suffolk Police provided traffic control.