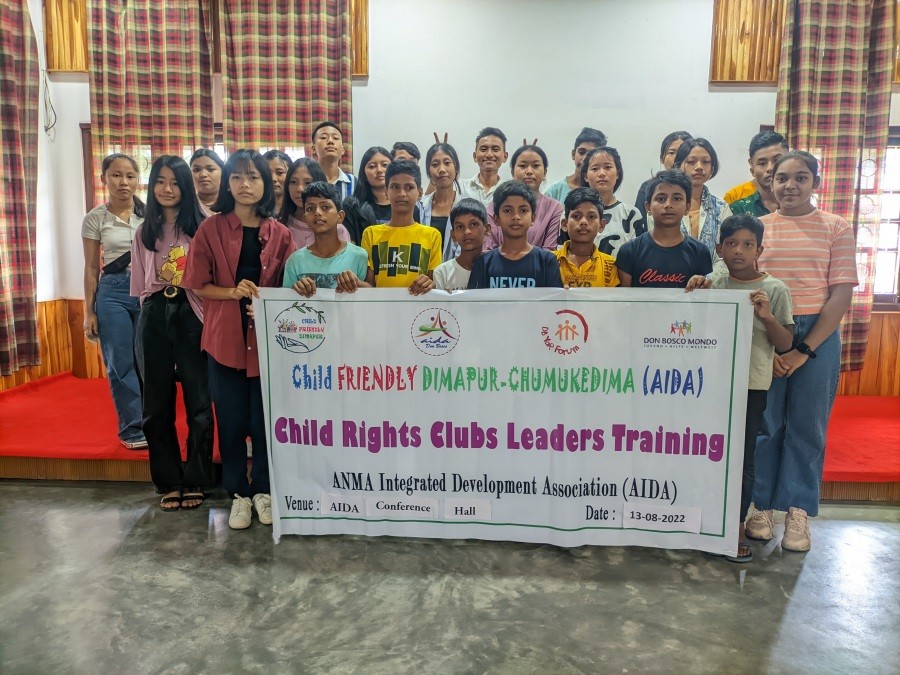 Participants in the training program held at AIDA on August 13.

DIMAPUR, AUGUST 13 (MExN): Child Rights Club Leaders Training was organized by Child Friendly Dimapur (CFD), AIDA on 13th August at AIDA Conference Hall. The main objective of organizing the program was to improve the leadership skills of the child rights club leaders by building their capacity and educating them on the 4 cardinal rights of children as enshrined in the United Nations Convention on the Rights of the Child (UNCRC).

During the session, club leaders were trained on leadership, the characteristics of a good leader, the steps to becoming a good leader, and the roles and responsibilities of child rights club leaders. Throughout the training session, the children were motivated and trained to become an influential leader by being an actor.

After interacting with the children after the entrances, it was found that even they had experienced and witnessed a lot of violence at home, in educational institutions, localities, streets, neighborhoods without any consideration for the families educated or not, rich or poor. Taking note of their problems, participants were motivated to be more responsive and more spontaneous in asking for help from concerned adults and institutions.