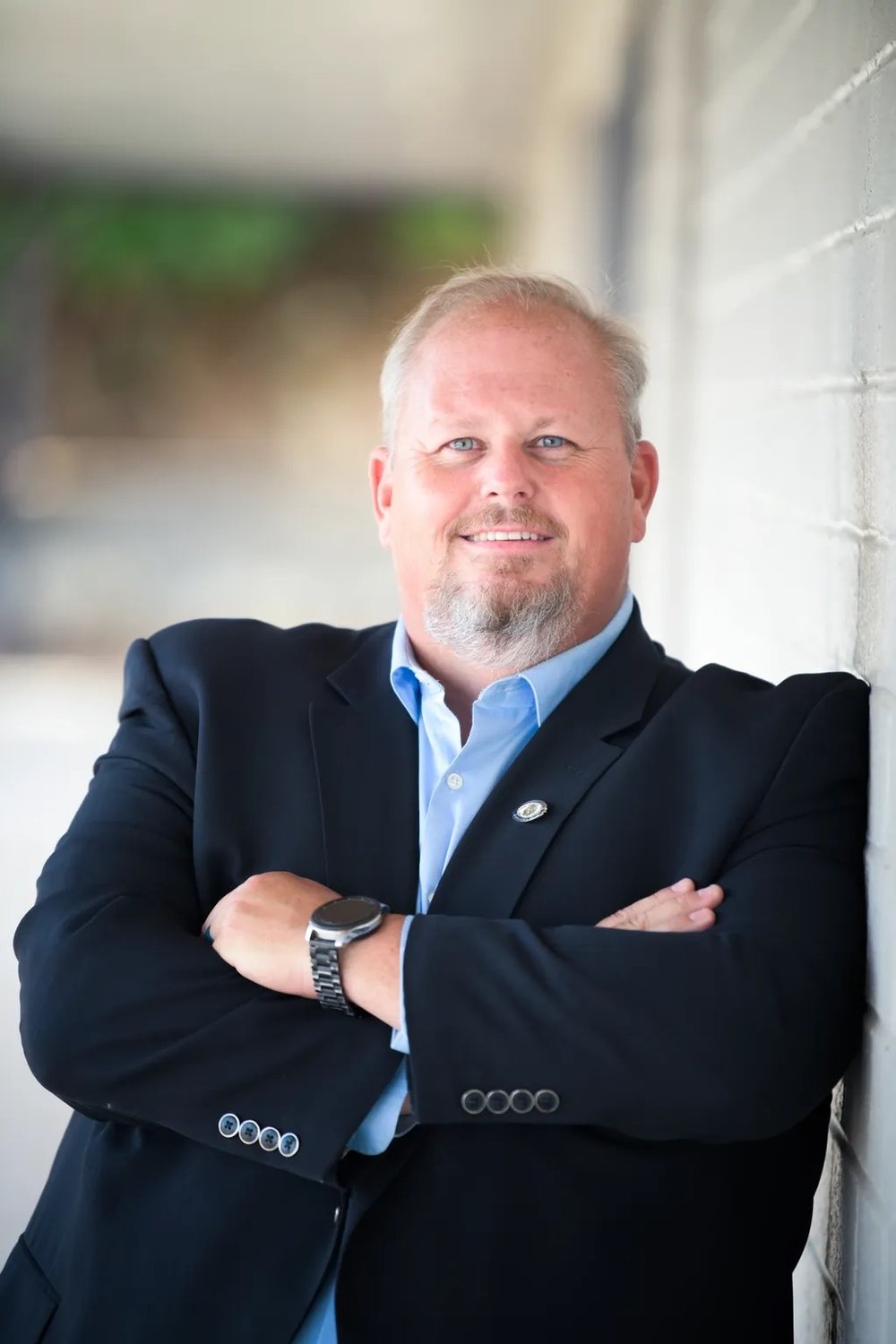 SILER CITY — Marcus Globuschutz, the Republican candidate for Chatham County sheriff, described his temporary ban from volunteer coaching duties at Jordan-Matthews High School as “clear retaliation” after speaking out at a meeting of the county school board.

Chatham County Schools officials, however, described the situation as a simple paperwork error during the school’s leadership transition.

At last Monday’s school board meeting, Globuschutz was one of many to speak about an incident at Bonlee School – an interaction between a student and a teacher who the student’s father and other parents believe they are “bullied” by a teacher for the student’s expression of faith. The sheriff candidate believed his remarks, made during the public comment portion of the board meeting, prompted a background check by Jordan-Matthews High School.

“My concern is that I have a child with special needs at Jordan-Matthews,” he said at the board meeting. “If an 8th grader is belittled for their belief, how is my child going to be treated for being different?”

Globuschutz went on to say at the meeting that many in attendance would “not support” the board — meaning they would disapprove of its recent actions, which Globuschutz did not elaborate on. He said he decided to speak at the meeting from the perspective of a concerned parent, rather than a job candidate.

Then on Wednesday, two days after making the comments, he received an email from the Background Investigation Bureau, a Huntersville-based company that Chatham County schools use to do background checks on school employees and volunteers.

“It seemed very suspicious that it all happened on the same days,” Globuschutz told News+Record.

This football season, which began in August, marks Globuschutz’s third as a volunteer coach with JM. This season he has helped the team since August 1, which included pre-season fall practices.

The district says all school employees and volunteers must pass seasonal background checks. Globuschutz said he was unaware the background checks were a seasonal process and maintains the timing of the request was “suspicious” given it is the fifth week of the football season.

Globuschutz says he then had a phone conversation with Jordan-Matthews principal April Burko and athletic director Josh Harris on Thursday. During the conversation, he said he was informed that he was no longer allowed to attend practices or games as a coach.

He said he explicitly asked Burko during the phone conversation if this decision was made in retaliation for his appearance at the board meeting; he said Burko dodged the question. He then issued a press release to News+Record and on his campaign Facebook page.

“It is unfortunate that the Chatham County School Board has once again decided to put politics above the interests of schoolchildren and athletes,” he said in the statement.

But Chatham County Schools’ explanation for Globuschutz’s temporary ban says it was unrelated to the candidate’s remarks at the school board meeting.

According to Chatham County Schools Public Information Officer Nancy Wykle, the temporary hiatus for all Jordan-Matthews volunteer coaches was entirely related to a clerical error. This year, Jordan-Matthews hired Burko as the new manager in July, and as a result of the administrative turnover, there was a missed step in processing paperwork for several coaches.

In addition to Globuschutz, four volunteer coaches and a teaching assistant at JM were also temporarily barred from volunteering due to the paperwork issue; of these, only Globuschutz spoke at last week’s school board meeting. Sports affected included soccer, men’s soccer, cross country and cheerleading.

The coaches, including Globuschutz, were told on Friday afternoon that the appropriate documents would be sent and, once approved, they would be allowed to return to their normal coaching duties. The district said all applicants met the requirements for the pre-approval process, which allowed them to be expedited.

“We didn’t know that and the other coaches hadn’t been approved and worked with the school to expedite the approval process,” Wykle said. “For the record, the request was received and processed in the afternoon at 5 [p.m.]and as promised, the school administration will contact you (coaches) shortly.

All regular school volunteers must be approved by the school board on a seasonal basis, depending on the district. Wykle said the issue was noticed Wednesday during a standard periodic review of athletic personnel by the district administration.

Globuschutz learned on Saturday afternoon from Burko that he had been reinstated and cleared to return to coaching duties. He said, however, that the school and district’s response was inadequate and he still believes the move was made in retaliation for his comments.

“To be honest, I’m happy to know that I can go back and hang out with the guys on the team,” Globuschutz told News+Record after finding out he had been reinstated. “But I also fear that I may have been used as a pawn in small town politics. I think it was a calculated decision that didn’t go as planned.

He called the school’s reversal and the district’s statements “damage control.” He thinks others have been blocked from coaching to ‘save face’ because it started with him.

The district apologized for the error, but said it would never retaliate against an individual.

“We had a main transition at JM and in that transition the ball was honestly dropped,” Wykle told News+Record. “The District would never retaliate against an individual, but we have processes and protocols that we must follow and we had to make sure we followed them properly.”

Each of the six volunteers affected by the error was reinstated and allowed to resume their duties. They will each be officially recognized as JM volunteer coaches at the next CCS School Board meeting on Monday, October 10 at Chatham Grove Elementary School.

Wykle said at most the dismissed coaches would have only had to stay off the field for team activities from Wednesday to Friday, before the district and JM realized the mistake and corrected it. the action.

Journalist Ben Rappaport can be reached at [email protected] or on Twitter @b_rappaport.