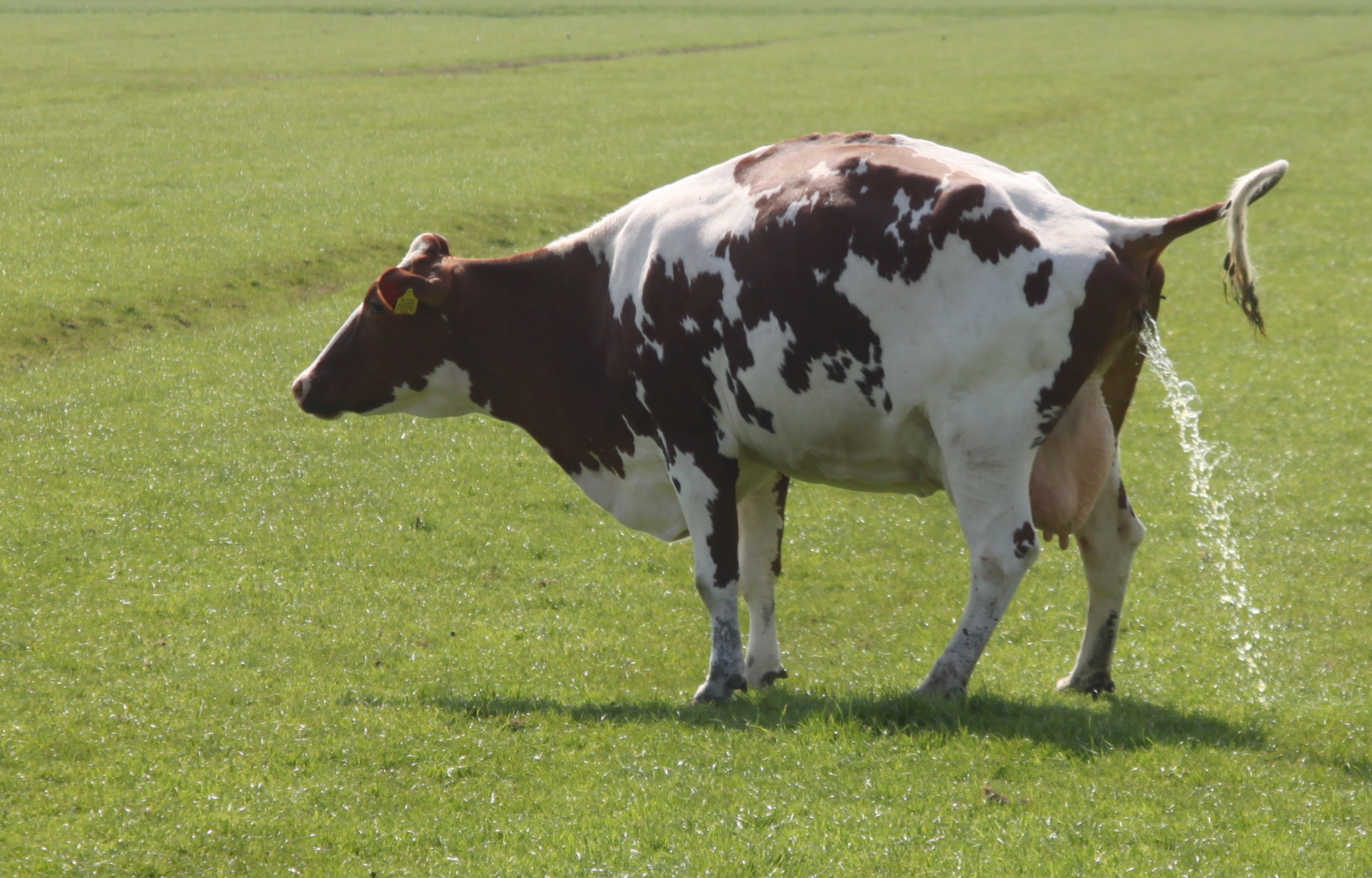 Scientists learn how to clean cows to save the world

Researchers successfully trained 11 out of 16 cows in potty training, with the aim of reducing the environmental impact of their urine.

The team of scientists, based at the University of Auckland in New Zealand, trained the calves to use latrines, which they dubbed the “mooloo”, up to 80% of the time. Released in September 2021, their research could be expanded in the future to reduce the significant global damage caused by cattle farming.

The Riddle of the Climate Killer

A single cow can produce around 30 liters of urine per day. When this urine is mixed with feces, it can produce ammonia.

Ammonia can lead to eutrophication, a form of water pollution characterized by excess nutrients in the water supply, as well as acid rain. It can also contaminate water with nitrates to produce nitrous oxide, a greenhouse gas and air pollutant.

Although the environmental impact of urine is not as great as that caused by the belching and farting of livestock, nitrous oxide still accounted for 5% of greenhouse gases in the UK in 2019.

In addition, agricultural practices designed to promote the welfare of cattle increase the amount of ammonia released into their environment. By trying to educate cows about cleanliness, this team of researchers hoped to enable farmers to ensure good conditions for their cows, while reducing the environmental damage caused by ammonia.

How to potty train a cow

For the first stage of the experiment, the scientists were confined to the “mooloo” and rewarded with a sweet, molasses-based liquid every time they urinated. This helped them form a positive association with urinating in the latrine.

Diuretics were given to the cows to make them urinate more frequently, as scientists had to limit the length of the experiments due to ethical guidelines put in place to protect animal welfare.

Researchers involved in the project have estimated that it is possible to train a cow to a level similar to that of a 2-4 year old child. Of the 16 cows studied, 11 managed to consistently use the latrine correctly, using it to urinate 83% of the time. The other cows managed to use the latrine with lower and varying degrees of success.

Can cows using the toilet change the world?

Although the sample size is small, these results are promising and the global scientific community seems quite confident that these results could be replicated. The main problem will probably be scaling up the technique for use in the cattle industry – it may be possible to train a small group at the toilet, but it will probably be much more difficult to train an entire herd of cattle, which can count to the hundred.

Moreover, only urination was studied, which represents only a small part of the environmental impact caused by livestock. The research team were pretty confident they could extend the results to defecation, but the worst climatic offender is belching, which this technique can’t fix.

However, the enormity of the meat and dairy industries means that even small improvements can have a big impact. The researchers claimed that capturing around 80% of cattle urine in latrines could lead to a 56% reduction in ammonia emissions. It would also improve the cleanliness of the cattle living space, which can only improve the welfare of the cows.

As more and more people turn to veganism, the vast majority of society is not going to give up meat and dairy anytime soon. In the short term, at least, potty cows could help solve this particular climate conundrum.

Teaching grammar to elementary school children does not improve their writing, study finds