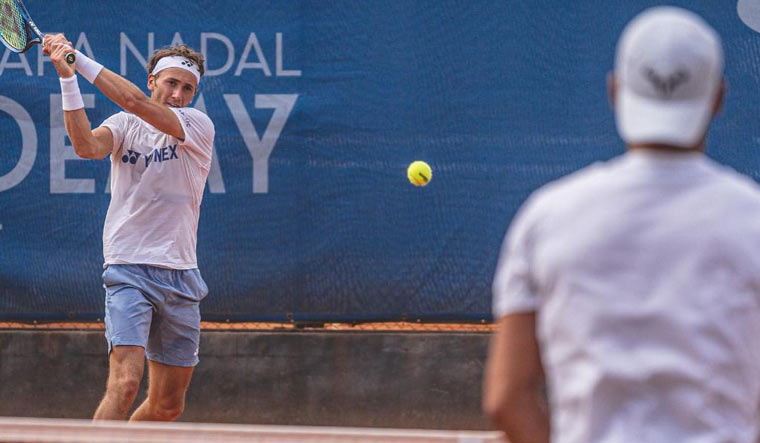 Rafa Nadal Academy: How Rafael mentored Casper Ruud and others

On Sunday, Rafael Nadal kissed his 14th Roland-Garros trophy after beating a trainee from his own Academy, Casper Ruud.

Casper Ruud, the Norwegian player, has played regularly at Roland-Garros and has won eight titles since 2020 on clay. Ruud was previously a trainee at the Rafa Nadal Academy in Manacor, Spain and was also mentored by Rafael Nadal himself.

Giving back to the game, Rafael Nadal founded the Rafa Nadal Academy in Manacor converting his training base into a state-of-the-art facility in 2016. Coach and Rafael’s uncle, Toni Nadal, heads the academy while the Former World No. 1 Carlos Moya is the technical director.

The Rafa Nadal Academy has separate programs for adult and junior players. The academy is home to around 34 tennis courts, including 19 hard courts and seven clay courts and a football pitch in addition to squash courts. The institution also hosts an international school and other facilities to continue the training of trainees during their program at the academy. The academy is also home to the Rafa Nadal Museum where tennis fans can get a glimpse of the tennis icon’s titles.

Amazon Prime Video hosted a four-part documentary series about the academy. The academy has training centers in Mexico and Kuwait and will soon inaugurate its third such center in Hong Kong.