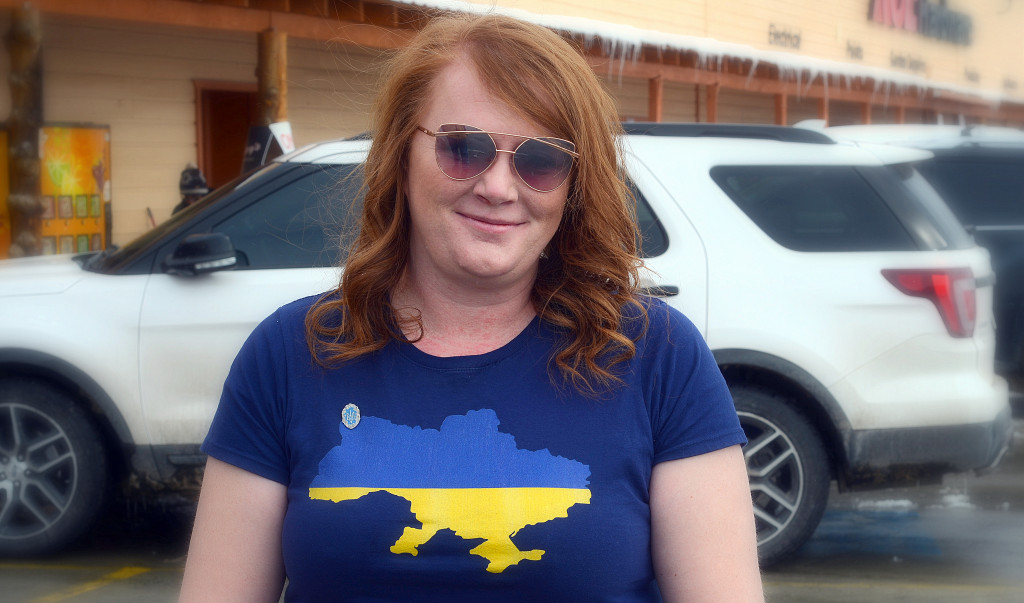 A small-town girl from Afton, Wyo., Joanne Blair was in college when she spotted a Russian phrasebook in a store. His thumbs greedily skimmed each page. Almost as quickly as she reached the back cover, she found herself in the Tretyakov Gallery in Moscow, standing in front of “Unexpected Return”, painted by Russian-Ukrainian realist artist Ilya Pepin, one of the most most famous of the Old Russian Empire.

“I was so moved by it that I now have a copy at home, which my husband gave to me,” she said.

Russia has had a long and complicated relationship with artists. “Unexpected Return” shows a thin, weathered, threadbare but rebellious middle-aged man standing in his family’s living room, surprised by some and misunderstood by others. It was created at a time when dissent, or even an imagined slight, against the Tsar could land one thrown in jail, leaving them hoping for a court date in the future – or even being sent to Siberia. One could just go out for a loaf of bread and not come back, leaving a family wondering for years. And yet the artists continued their own rebellions by showing their harsh realities in the homelands they loved.

Blair has always been interested in lesser known cultures and countries. Then a friend mentioned a program offered to English teachers. She had gone to China as part of the program. When Blair learned that the program also offered teaching opportunities in Russia, she jumped on it.

“I was young, free, unconstrained and felt like I had to travel if I wanted to,” she said.

She arrived in a small town outside of Moscow, teaching English classes from preschool through high school at the World of Knowledge School for a year. She immediately realized that it was a more disciplined school than she had expected. If a child spoke Russian in class more than three times that day, they were told to sit in the corner.

“Learning English definitely gives them a leg up in the world, that’s probably the reason for the stricter discipline,” Blair said.

She pulled out the class map to start a geography lesson and instead suffered culture shock. The size of Russia was far beyond its proportions compared to the size of other countries. The rest of the world is focused there.

Blair returned to Wyoming when the semester ended at Christmas. She immediately felt homesick for Eastern Europe and returned. This time around, she’s been making more frequent trips to Moscow in hopes of soaking up the culture.

“I really loved the architecture, the big onion dome churches and the Cyrillic alphabet on the street signs,” she said. “It was scary not knowing the language and not being able to communicate with people, so I always carried my phrase book and focused on learning the written language.”

Modern subway stations surprised her. They don’t have one in Wyoming. There were also statues of Vladimir Lenin and Joseph Stalin, as well as a popular honey festival, just because the mayor loved honey.

There were also museums. She went with a group of teachers to the Occupation Museum in Riga, Latvia, where she thought they would learn the professions. Instead, the museum paid tribute to the victims and survivors of the Russian occupation. The Russian coordinator did not show them this part of Russian history. She found it disturbing.

“In this room,” the coordinator told the group, “we will learn how Russia won World War II.”

These are some of the cultural differences she was not prepared for. Before his first departure, he was advised not to smile in his visa photo or at the men in the street. Smiling could attract unwanted attention.

She was once invited for a long walk by one of the school guards. She knew it was a two-hour drive from the town he mentioned, so she declined. There were rules against dating in the program, anyway.

Advances also came from strangers. She wore sandals, exposing her bare feet. A man approached her. She couldn’t understand what he was saying but she knew it wasn’t good. A babushka (defined as grandmother or elderly woman) intervened, as is often the case in such a situation.

“All of a sudden a babushka unequivocally reprimanded him and he hurriedly retreated,” she said. “This kind of thing was the same in Russia and Ukraine.”

Despite the awkward and potentially dangerous encounters, she came to know Russians as “wonderful, good, kind and caring people once you get past their tough outer shell.”

At the end of her year in Russia, she had the opportunity to be the director of a similar year-long program in Ukraine. She accepted the offer eagerly.

“It was so much like Russia, but so much more relaxed,” she recalls. “It wasn’t as stressful. It was just better. … The teachers shared small but comfortable rooms, and the kitchen was a small building in the yard, but we loved it. … There was no statues of Lenin everywhere.Kiev is certainly not as glamorous as Moscow, but still beautiful.

In Ukraine, Joanne’s group of teachers visited some of the Holodomor (Terror-Famine or Great Famine) sites, in which millions of mostly Ukrainians starved to death in the 1930s.

“It changed me,” she said. “The Ukrainian people are so resilient and suffered so much under Stalin. And here they are again today, fighting for their home and their land with a fighting spirit and heart that enchants the world.

She also came across a unique dynamic. Russian was the preferred language when spoken in school. In the comfort and safety of their homes, however, most spoke Ukrainian instead.

“It was important to them that their language didn’t disappear,” Blair said.

His year of teaching in Ukraine was coming to an end when some of the local parents invited teachers to visit him for a farewell lunch. In the comfort of family homes, they all savored local delicacies and took pictures.

Blair recalled a husband taking time off to attend. Attention turned to him as he sat in his chair, gazing at the six professors.

“When I was my son’s age, we learned that the Americans were the enemy and that we had to hide under our desks because of the Cold War and because of the threat of bombs,” he told them. – he said with solemn appreciation. “Now you are here, in my country, teaching our children and helping them.”

“I was touched and amazed that we could step back from the horrible things in the world and still be able to connect with other human beings,” Blair said.

At the end of our interview, she talked about the one great thing that came out of her two years in Russia and Ukraine. She said how hard work teaching is, no matter where. “But it was heartwarming and inspiring to see how these teachers always, always cared about their students and how the love never changed for them wherever they went in the world. This was a very powerful realization for me. They loved their students,” she said.

Then, after a pause, she asked if she could add one more thing.

“I just learned that a teacher friend of mine in Ukraine had to leave her class with her students and take them to a bomb shelter,” Blair said. “She posted videos of her daughter singing from the bomb shelter.”