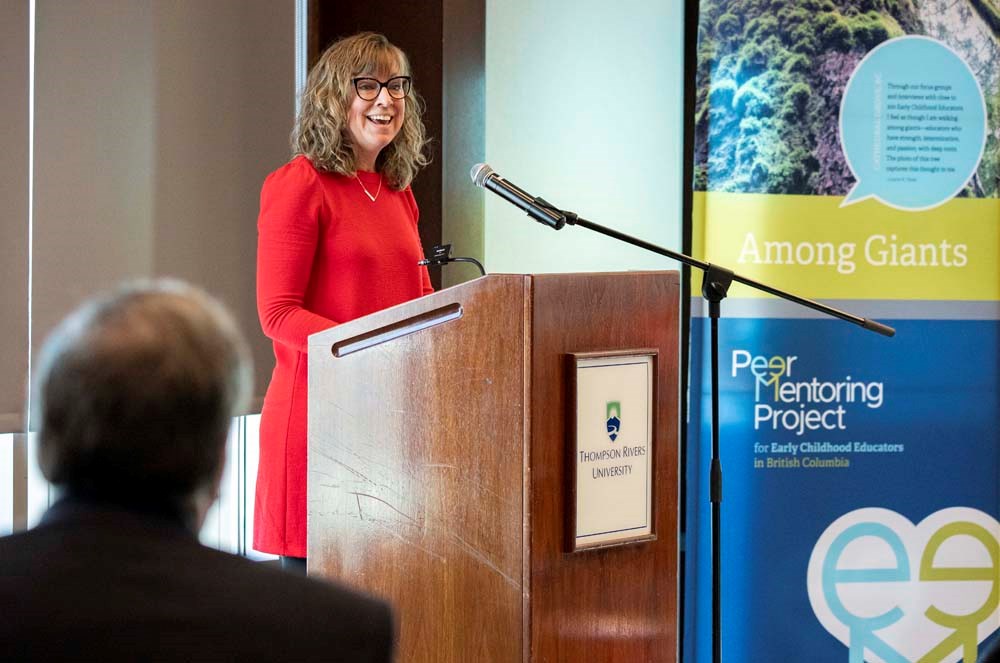 The project officially ended in 2020 with 200 EPEs and 20 facilitators. The new funding allows the project to expand the project to 35 community of practice mentoring groups, involving nearly 500 early childhood educators.

An anonymous donor is providing $ 1.4 million to expand a peer mentoring program for early childhood educators to keep them from leaving the profession.

Funding will be used in work led by Laura Doan, Associate Professor at UTT, in partnership with Early Childhood Educators of BC.

The donation provides $ 1.4 million over three years to expand the peer mentoring program that Doan started as a pilot project in Kamloops, which was based on what early childhood educators said they needed.

This pilot project grew to involve 17 peer mentoring community of practice groups across British Columbia, each with six pairs of an experienced early childhood educator and a newbie, plus one or more. two animators.

The project officially ended in 2020 with 200 EPEs and 20 facilitators. The new funding allows the project to expand to 35 peer mentoring community of practice groups, involving nearly 500 early childhood educators.

â€œThis experience demonstrates what is possible when we support early childhood educators in the way they should be supported,â€ Doan said.

â€œIt shows me what can work when you give ECEs the opportunity to come together to help each other. They are able to come up with their own solutions, â€Doan said.

â€œI left with so much respect. With this funding, we aim to firmly integrate peer mentoring into the culture of early childhood education in British Columbia, as well as within the professional association representing ECEs in British Columbia, the Early Childhood Educators of BC, â€Doan said.

Emily Gawlick, executive director of Early Childhood Educators of BC, said the project finds a way to improve retention of early childhood educators and raise the bar for all professionally as they share their experiences and their learning.

Some of the pilot project participants said that was the reason they stayed in the field.

According to the January 2021 Canadian Child Care Delivery Survey, more than half of child care providers in Canada were not licensed and worked from home.

Child care operators report long waiting lists, parents of newborns worry about whether they will have a place at the end of maternity leave, and affordability versus reasonable wages are ongoing issues.

“Dr. Doan’s exceptional work in early childhood education exemplifies TRU’s commitment to partnership development, community engagement, and co-creation of research solutions to societal challenges,” said Will Garrett-Petts, associate vice president of research and graduate studies. The network she established mobilizes cutting-edge theory and practice, making a positive difference for early childhood educators and, as a result, , improves the quality of care and education children receive. The generous funding announced today will expand this network and increase its impact â€,

TRU President Brett Fairbairn said the initiative benefits not only students, but also graduates and families in the communities where it is implemented.

About the peer mentoring network

In 2018, Doan launched a pilot project in Kamloops to develop a provincial peer mentoring network that would support early childhood educators to stay on the ground. With up to half of ECEs leaving the profession in their first five years and a shortage of child care spaces across British Columbia, it is important to retain educators for affordable and safe child care.

The pilot project expanded to 17 communities and over 200 ECE participants. It included peer mentoring, online support and access to professional development through a community of practice. Individual peer mentoring groups have met once a month in person or virtually to build relationships and learn from each other. JIT pairs can also meet weekly, in person, online or by phone.

It is important to note that these are peer mentors and not a mentor / mentee relationship. So while one of the peers is probably more experienced, the other brings new learning and perspectives and they are able to learn from each other and support each other.