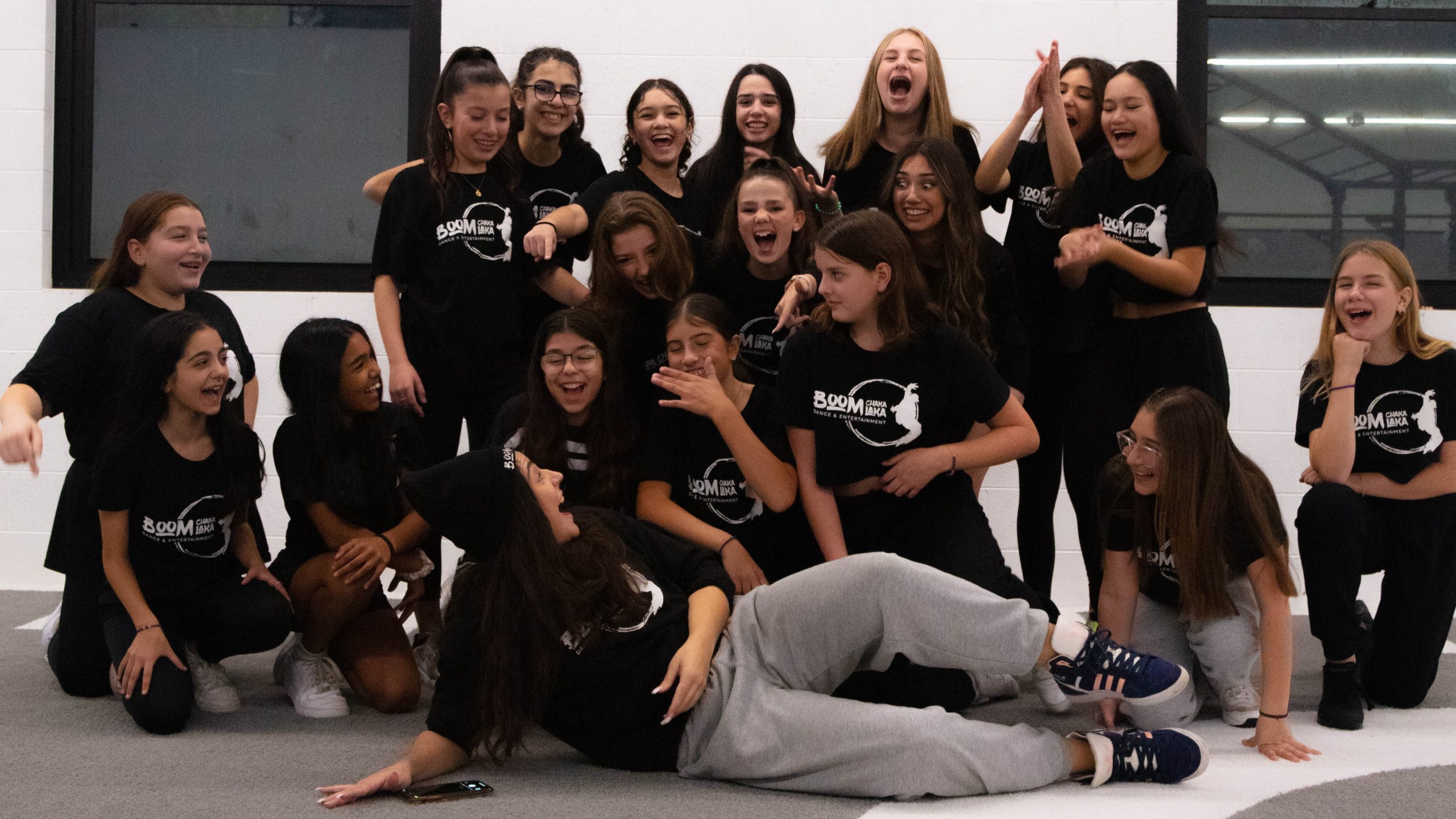 As the half-time whistle sounded during the Bulldogs v Rabbitohs NRL game at the Accor Stadium recently, hundreds of students from 40 dance schools across Sydney rushed onto the pitch to take part in the Bulldogs Dance Spectacular 2022.

Just in front of the goal posts was 27-year-old Australian of Greek and Cypriot descent, Renae Neou, crouching down and cheering on her 30 students taking part in the group performance.

“I was so proud of the girls and so happy that we had the opportunity to be a part of something like this,” Renae said. The Greek Herald.

His student Andreana Daris shared the same enthusiasm, telling The Greek Herald: “It was a really fun experience dancing with my friends and feeling the exhilaration that players feel when they are on the pitch.”

“It’s not everyday you dance with a few thousand people watching, let alone in a stadium, so it’s pretty cool that the girls now have that experience and that story to tell,” adds Renae.

It’s an entrepreneurial journey that literally started with a boom when 18-year-old Renae accidentally blew up her red Holden Viva.

“How was I supposed to know the orange teapot meant the car needed oil?” the 27-year-old sincerely asks.

At the time, Renae had just graduated from high school and was working part-time as a choreographer while completing her Certificate IV in Performing Arts.

“I was unfortunately looking for a new car, so I got a second job as a children’s entertainer,” she says.

“In 2014, I got my certificate and immediately enrolled in a teaching degree,” says Renae.

“I was working for two different children’s entertainment companies, had taken a few dance gigs and started teaching hip-hop and tap dancing in Sydney.”

In 2018, after earning her Bachelor of Education, Renae launched Boom Chaka Laka.

“We started out as an entertainment business hosting parties and events all over New South Wales, doing everything from birthday parties to festivals,” she says.

“One of my favorite memories to date has to be the Parramatta Let’s Go Greek Festival in 2019, when our Mickey Mouse and Spider-Man danced the sousta with Maria Stavropoulou.

“It’s always fun to see kids and even yiayiades and papoudes impressed that a cartoon character smashes a traditional dance right in front of them.”

When I ask what impact the COVID-19 pandemic has had on her business, Renae bursts out laughing.

“I had the brilliant idea to open Boom Chaka Laka Dance School in my garage in February 2020 and in March the state was locked down,” she says.

“Opening my own dance school had been my dream for a very long time and I wasn’t going to let the pandemic stop me. Like many other businesses, we went online.

“For my students and even for me, dance has allowed us all to get out of the grayness that we live in. It was the color and fun we all needed.

For Andreana, who has been there since the school’s inception, she says Boom Chaka Laka is like an extended family.

“Being part of Boom Chaka Laka means being able to socialize while learning new techniques and moves that make you a better dancer,” she says.

“I like BCL because I can identify with all the other dancers. A few of us are Greek so we can laugh and joke about our families, but it’s really a multicultural school that accepts and embraces everything the world.

Finally, I ask Renae, who now has over a decade of experience in the industry, what her vision of dance is, to which she replies, “We dance to make us feel something about ourselves and to others.”

“It makes people feel this unique sense of unity and freedom – nothing can compete with that.

“In terms of teaching, every time a student arrives without knowing anyone and leaves making a friend for life, that’s where my job is done,” she concludes.