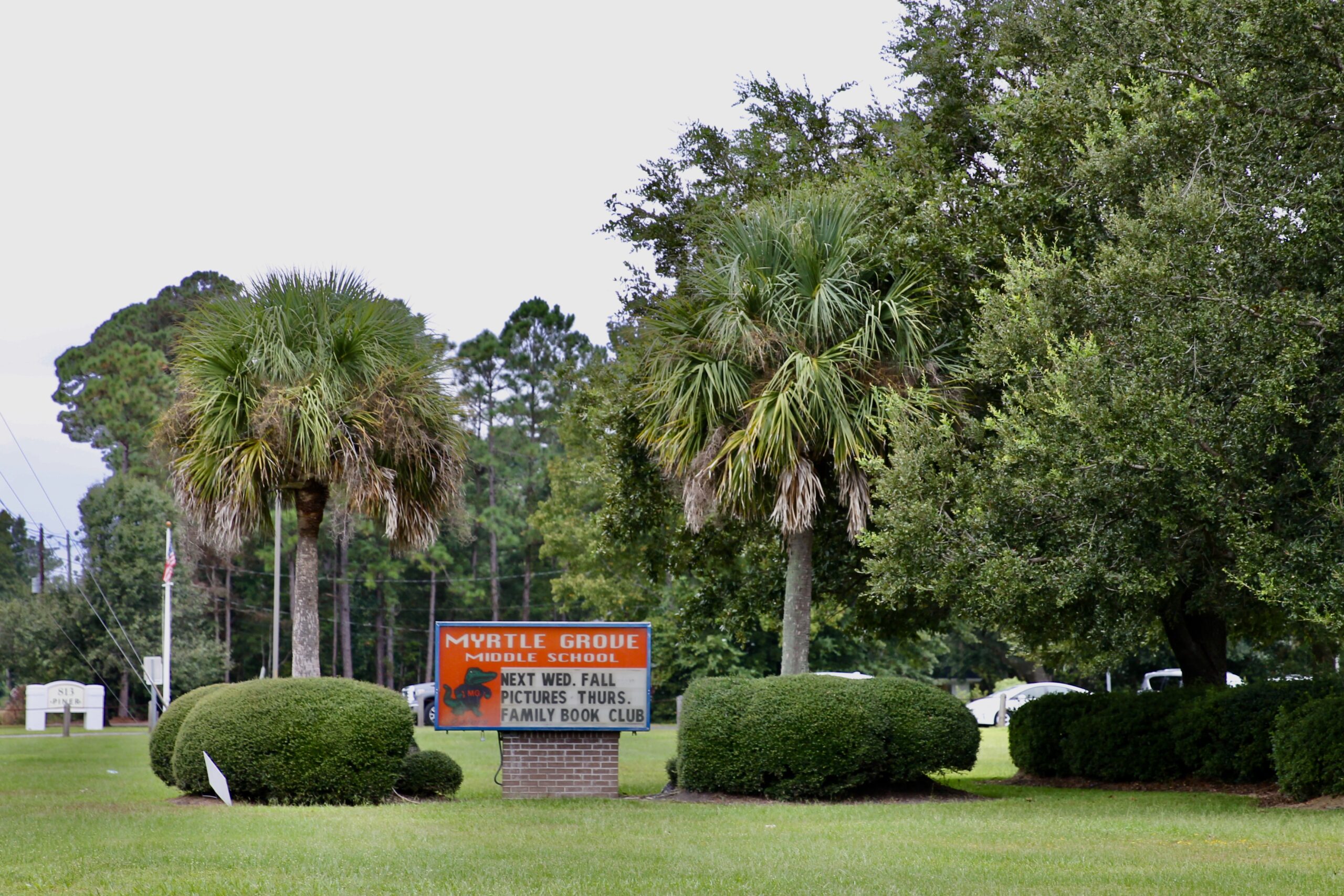 NEW HANOVER COUNTY – A teacher assistant from Myrtle Grove Middle is no longer in school after she allegedly got her hands on a 12-year-old student last month in the cafeteria.

Sequana Brown was charged with child abuse and common assault on September 23, more than a week after the incident on campus.

An arrest warrant for her alleges Brown grabbed and pushed the boy to the ground as she watched over the mealtime. When a school resources officer attempted to put an end to the altercation, Brown shoved the boy again, almost causing him to bang his head in the seat behind him, according to the warrant.

Port City Daily spoke to the victim’s mother. She said that on the morning of the assault, September 15, her son joined the breakfast queue for cereal. Halfway through, she said he had an argument with the cafeteria worker about the food that was placed on his tray.

“Apparently they have to get three items or the state is not reimbursed,” she said. â€œMy son didn’t know that. “

Her son only wanted cereal, but the staff member forced him to have an apple and juice as well. After the back and forth, her son threw the disposable tray, apple, and juice in the trash, taking only the unopened cereal. While typing in his lunch number, the mother said the cafeteria worker took the items out of the trash, followed him to his table and placed it in front of him.

The boy ripped the tray off the table, she said, and hit the nearby teacher’s assistant somewhere around her foot. She said Brown took off the boy’s hat, and after he put it back on, she slapped him in the face. This is when Brown would have become physical with him.

The boy’s mother said two adults held him against a wall. Brewer could not confirm the number of people who had to restrain the student based on the body camera images, but explained that the student resisted for a while before calming down.

â€œThey say, ‘Look, if you want to calm down and sit down, I’ll let you go.’ And he says, ‘no’, and resists them and resists them. He yells, â€œI want my hat back,â€ Brewer said. “They say to me ‘Hey, sit down, calm down, we’ll give you your hat back.’ It’s just total resistance back and forth all the time until they get him to calm down.

On September 16, Brown was suspended without pay. She resigned about a week later, the day the warrant was served. On October 1, the college posted a job posting on Facebook for its role with exceptional kids.

Asked for comment, schools in New Hanover County did not respond to a series of requests, but provided the following statement:

â€œNew Hanover County Schools are committed to ensuring a safe learning environment for all students. The NHCS takes these allegations very seriously and is cooperating fully with law enforcement regarding the investigation. The school district will continue to monitor the situation closely and take all appropriate measures necessary to protect our students. “

In 2019, Myrtle Grove Middle also made headlines with the arrest of another Special Education Assistant, Nicholas Lavon Oates. Oates had a history of suspected violent sex acts before he was hired into the system.

Oates died in prison awaiting trial on charges of rape and indecent freedoms with a 13-year-old student. The sheriff’s office investigated Oates while he was still an employee, but never filed a complaint as the victim allegedly refused to participate. He was charged a year and a half after his resignation. Although Oates has been suspended twice without pay, he has never been fired.

Send tips and feedback to [email protected] or Tweet @alexsands_

tennis coaching in india: the transition from junior tennis to senior tennis: pros and cons