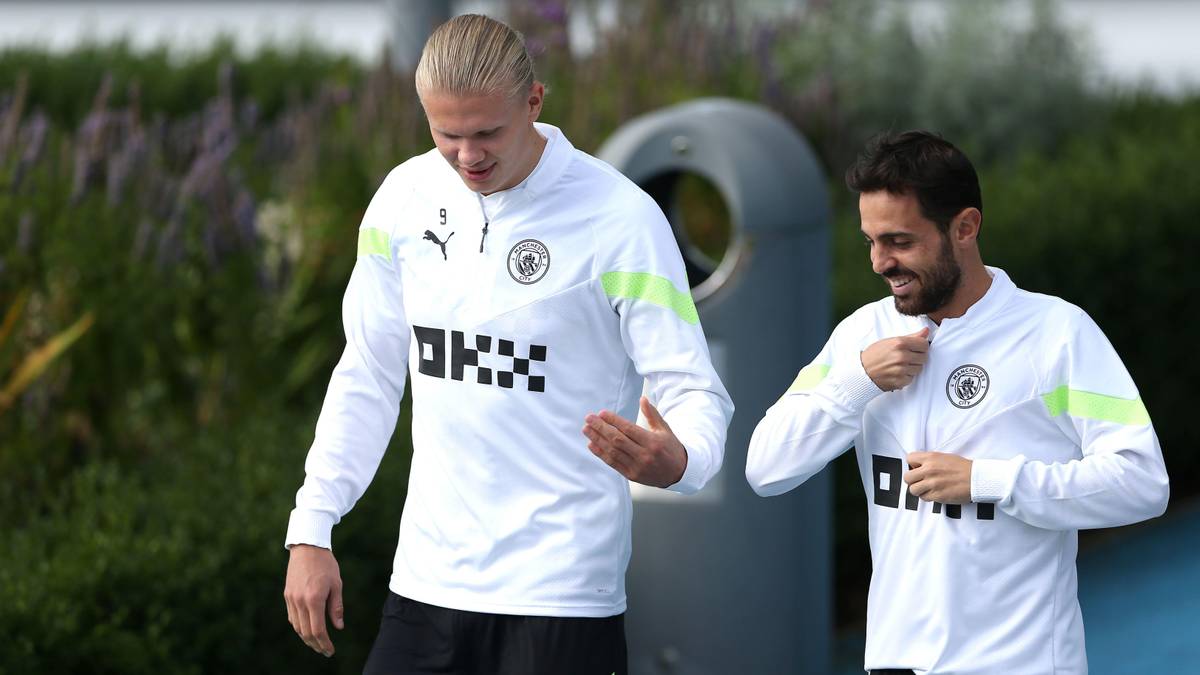 Pep Guardiola’s Manchester City side travel to Spain on Monday afternoon, with a clash against Sevilla in La Liga next Tuesday night on the agenda.

City entered the clash after a frustrating and disappointing 1-1 draw with Aston Villa in the Premier League on Saturday night.

While it was yet another goal for in-form and largely unstoppable Erling Haaland, a stunner Leon Bailey brought the hosts level and limited Manchester City to bringing home just a single point from Villa Park.

Sevilla have had an abysmal start to La Liga this season.

Although they won their opening match of the season 1-0 against Cadiz, they recorded one draw and three defeats in the following four matches.

Pep Guardiola and his Manchester City players made their final preparations at the City Football Academy on Monday morning, and City Xtra are on hand to provide you with full photo coverage of the session.

Among the various injury problems that plagued Pep Guardiola’s side in the opening weeks of the season, Monday morning’s session brought some good news.

Returning to first-team training has been the summer signing of Kalvin Phillips, who appears to have fully recovered from the injury sustained in the charity friendly against Barcelona last month.

The club’s sixth and latest signing, Manuel Akanji, has also joined his new teammates, after returning to Germany for his child’s birthday this weekend.

Both players will then be part of the traveling squad which will fly to Spain on Monday afternoon, with Pep Guardiola expected to confirm their availability later that evening.

“During teaching, a miracle happens from time to time”: Abraar Ahmed