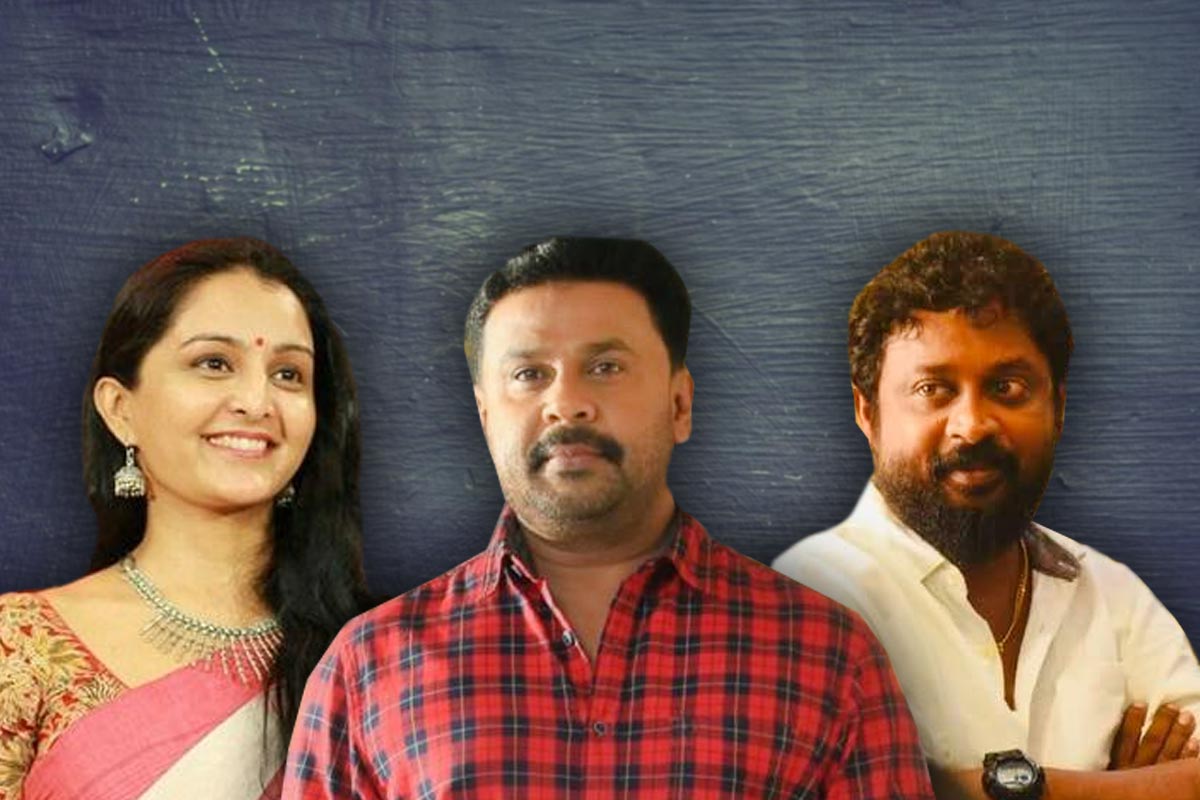 Lie that Manju used to come drunk: audio of a lawyer who allegedly coached Dileep’s brother

Part of the conversation that the police submitted to the court concerns Manju Warrier, who is an important witness in the case.

“Has Manju (Warrior) been drinking? Actually, I don’t know, I haven’t seen either, I should say yes, right? Yes, you should say she did.

This is the transcript of a conversation that allegedly took place between Anoop, the brother of Malayalam actor Dileep, accused of orchestrating the sexual assault of a fellow actor in 2017, and their lawyer Philip. In the two-hour conversation the police submitted to the court, the lawyer is allegedly heard giving instructions to Anoop to present him to the bench hearing the actor’s assault case.

The person they are talking about is Manju Warrier, a popular actor and ex-wife of Dileep. Manju is also an important witness in the actor’s assault case. Actor Bhavana was assaulted in February 2017 and Dileep has been named as the mastermind who allegedly paid for a gang to carry out and capture the crime on camera.

In the transcript, the lawyer can be heard urging Anoop to say that “around the time she left the house (in 2012), she used to drink. Not before that. The lawyer is also heard asking his client to say that she would not drink at home, but that she would come home drunk. This despite Anoop stating that he has never seen Manju drink.

“So I will say there was a smell?” Anoop asks, to which the lawyer replies, “Just say she came home drunk several times. Everyone at home knew. Then you will be asked, did you ask Chetan (Dileep) about this? Say yes. What did Chetan say? He said he would see, he would talk, but he didn’t do anything in particular. Did Chetan and Manju fight for it? No, they did not fight in front of us. Didn’t he object to his wife drinking? Maybe he had opposition, but he didn’t speak in front of us. Does Chetan drink? He hasn’t touched alcohol for over 10 years (sic).

The conversation also mentions Geethu Mohandas, an award-winning director and actor who is close friends with Manju. “How does Manju start drinking?” Say I think with a circle of friends like Geethu Mohandas who came into her life, she started drinking,” the lawyer says.

According to Kerala Police, the reason Dileep was angry with Bhavana was because she informed Manju Warrier that he was having an affair with another actor, Kavya Madhavan. Even during his statement to the police in 2017, Manju Warrier had said, “I divorced Dileep in 2015 and the extramarital relationship between him and Kavya was the reason. Even before we broke up two years ago, there was constant friction between us regarding his relationship with Kavya. And sometimes that paved the way for major fights between us. What I heard from the mugged actor only reinforced what I already knew about the two.

The lawyer, however, leads Anoop to say that the break between Dileep and Manju was linked to the latter’s ambitions.

In this regard, the two discuss artist Kuchipudi Geeta Padmakumar, who was hired as a dance teacher by Dileep’s daughter. “But did she teach him? No, after two months she started teaching Manju Warrier… this Geetha Padmakumar, does this Geetha Padmakumar have a role to play in destroying Chetan’s family life? Say, I think she has a role. She realized that if she taught meenutty (the girl), she would not be famous, but if she taught Manju, she would get some fame. So she quit teaching meenutty and started teaching Manju,” the attorney was heard saying.

The lawyer then goes on to explain that Manju’s ambitions quickly grew bigger and she befriended director Shrikumar Menon. Shrikumar became her manager and she started doing dance performances which led to more conflict between the couple.

In another development, the Kerala High Court on Tuesday refused to quash an FIR against actor Dileep and others, charging them with conspiracy to intimidate and kill officials investigating the actor assault case in 2017. Judge Ziyad Rahman AA also declined to transfer the case to the CBI, saying there was “insufficient strength” in the actor’s claims that a proper and fair investigation was not possible. not possible in this regard.

Transcript of audio submitted to the Kerala High Court:

Adv: Has Manju been drinking?

Anoop: Actually, I don’t know, I haven’t seen it too, I should say yes, right?

Adv: Yeah, you should say she did. [You should say that] around the time she left home (in 2012), she used to drink. Not before. When they ask, has she been drinking at home? Say no.

So how did you know she was drinking? To think that she would come home drunk.

Anoop: So I would say there was a smell?

Lawyer: Just say that she came home drunk several times. Everyone at home knew. Then you will be asked if you asked Chetan (Dileep) about it? Say yes. What did Chetan say? He said he would see, he would talk, but he didn’t do anything in particular. Did Chetan and Manju fight for it? No, did not fight in front of us. Didn’t he object to his wife drinking? Perhaps he had opposition, but he did not speak in front of us.

Edited by Cris and Nitin B