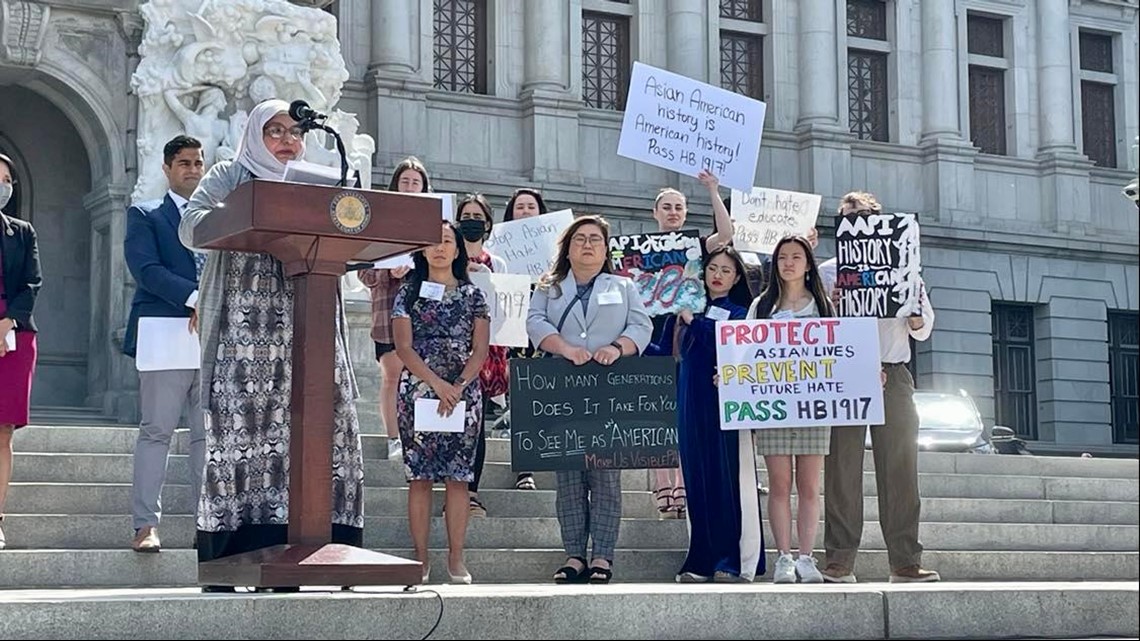 Lawmakers call for more AAPI history to be taught in schools

HARRISBURG, Pa. — As a child growing up in suburban Philadelphia, Serena Nguyễn was ashamed of her last name.

“It was a strange, unfamiliar, hard-to-pronounce sound that connected me to a distant land in time and space. It sounded un-American,” said Nguyễn, who has since become a community activist and founded a anti-bias non-profit organization. Burst the bubble.

Anti-Asian bias has a lasting impact, say supporters. The damage ranges from self-image to an increase in hate crimes targeting Asian Americans in recent years.

Just last week, a gunman opened fire at a Koreatown hair salon in Dallas, injuring three Korean women. Police are investigating the incident as a hate crime in connection with two other shootings of Asian-owned businesses in the area.

A proposal invoice would create an Asian American and Pacific Islander (AAPI) history curriculum and recommend it to all K-12 schools in Pennsylvania.

“We need to educate to stop the hate,” said State Rep. Patty Kim (D-Dauphin), one of the bill’s sponsors.

The program would highlight the societal contributions of Asian Americans and how they have shaped the nation. Examples include the thousands of Chinese workers who largely built part of the transcontinental railroad in the 1860s and several personalities union leaders who helped organize agricultural workers in the mid-twentieth century.

The bill comes during National Asian American and Pacific Islander Heritage Month. Members of the AAPI community now train 3.9% of the people of Pennsylvania.

“Asian Americans have been a part of American society since the birth of our nation, and we want to make sure everyone knows we’re here too,” said Ahmad Tamim Hasani, director of the Canton of Education Board of Education. ‘Upper Moreland, in Montgomery County.

The curriculum would not be required.

“If a school district doesn’t want to go ahead and teach it, then they don’t have to. But the resources will be available to all school districts that do so,” said state Rep. Todd Stephens (R-Montgomery).

The House bill has sponsors on both sides of the aisle, and a companion bill will soon be introduced in the Senate by State Sen. Nikil Saval (D-Phila.).

The proposed curriculum would begin at the start of the new school year in the fall.