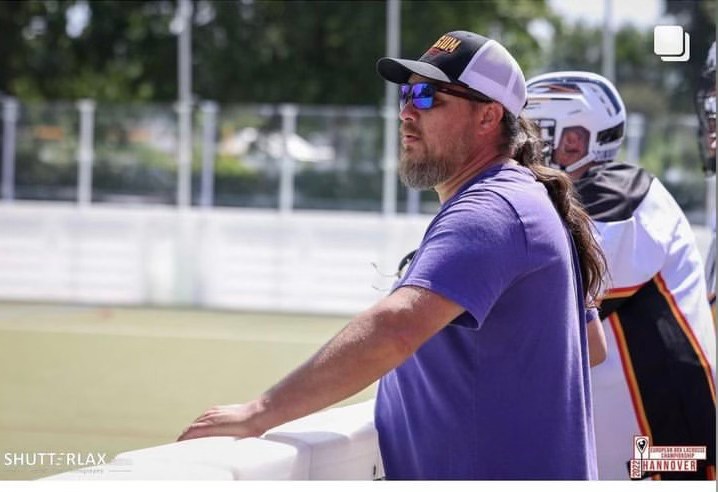 Tasse needed a right hand to be part of his coaching staff, someone he knew would bring the right spirit to practice. So when he reconnected with longtime friend and teammate Jamie Kirby at a tournament in February, he had found the right guy.

“I’ve always liked Jamie,” Tasse explained. “He still has this wonderful demeanor, a competitive spirit, but respect for the game and the opponents. As a coach, you want to make sure the culture you’re responsible for reflects the values ​​of the team and where you want to take the team. When it comes to bench staff, you really want to pick someone who compliments you.

He knew he would find it all in Kirby.

Kirby is back in Kahnawake, still enjoying the experience of being in Germany for the European Box Lacrosse Championships as coach of the Belgian team for the first time from July 30 to August 6. .

“I am very grateful for the opportunity I had from Jason and the Belgian national team for allowing me to help in this area,” he said.

Everything was made sweeter for the Kahnawa’kehró:non as he was able to bring his son Tanakehrahne Jay Kirby with him, who was also added to the coaching staff and handled the gate for players rushing in and out of the field during matches. .

“He loved it. He just got into lacrosse, and he was totally into it,” Kirby said. “My other friend Neil Powless from the Onondaga Nation also took his son there; the Netherlands coach. So that was pretty cool.

Belgium came out of the tournament in 13th place out of 14 teams, “not bad for guys who have never played the game before”.

The players were familiar with field lacrosse, but they had to learn the specifics of box lacrosse before playing their very first tournament.

When asked what he learned, he joked, “I learned they needed to step up,” he said with a laugh. “They don’t play as hard as us.”

Belgium managed a victory in the tournament against Serbia.

“It’s pretty amazing for them,” Kirby said. “They should have seen the look on their faces winning their first international match for their country.”

One thing that surprised Kirby was the passion for the game he saw in Europe and the respect for his origins.

“I didn’t know they had as much passion and love for the game as we do here as Natives and Iroquois. There are people there who live and breathe like some here.

He asked someone working for the tournament if they could hang an Every Child Matters flag next to the country flags.

“I just wanted it along the fence because they changed all the flags every game to whichever one will be on the pitch.”

The man, who already knew what the flag represented, instead hung it on top of a pole just off the playing field, towering over the others.

“He just took another one out and replaced it with this flag for the whole week. And he was even there when we left.

His son was very popular with other players and those working at the tournament, who often came to chat with him about his wooden stick, which was new there, and the history of the game and culture.

That cultural aspect that Kirby, his son, and Powless could bring to the tournament was appreciated by everyone, Tasse said.

“Before the game against the Netherlands, Neil Powless approached me and Jamie and said, ‘What would you think if we put all the players in a circle and paid tribute to the game?’ And we loved it.

Before the game, they had the players standing in a circle, opposing teams, side by side, and arms interlocked.

“Neil and Jamie came in the middle and they graced the game. And as we walked back to the bench, a few players said to me, ‘It’s amazing. It is one of the most humbling experiences; it really connects me to the game.’ It was definitely an added bonus to have Jamie on the bench.

“He wasn’t just a lacrosse ambassador. He had this wonderful legacy, enrichment and connection to the game that I would say the whole tournament appreciated,” said Tasse.

Kirby said he needed to raise around $6,000 for him and his son to coach. He thanks Rainbow Distribution on Route 138, Playground Poker, Bart Goodleaf and the Mohawk Council of Kahnawake for helping fund the trip.

Next year, Kirby will likely return and hopes the positive experience everyone has had will show the community the benefit of funding this cultural exchange trip.

Savannah Stewart is a writer, editor and translator from Montreal currently working for The Eastern Door. She is an arts editor for Cult MTL and her work has also appeared in Briarpatch Magazine, Ricochet, Maisonneuve Magazine and The Rover. She tweets at @SavannahMTL.