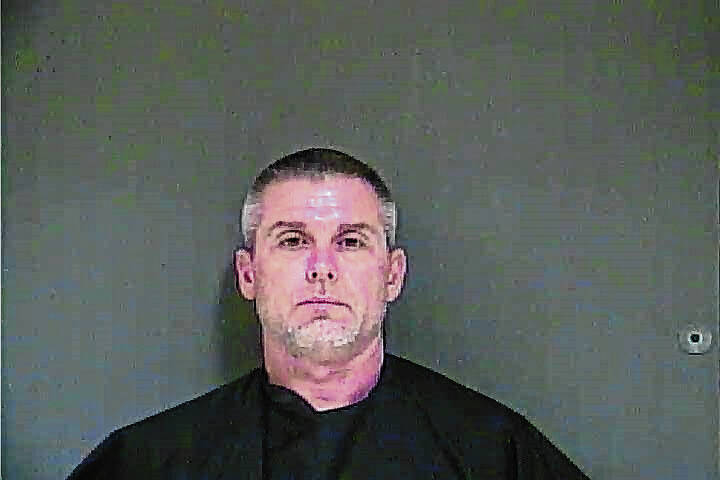 HANCOCK COUNTY — The victim read a prepared statement during the sentencing hearing while sitting in the witness box at Hancock County Circuit Court.

The young woman told the courtroom, including Judge Scott Sirk, that she was sometimes depressed and full of guilt following an attempted child seduction she suffered at the hands of an instructional assistant.

The incident happened when the young woman was a 16-year-old student in February 2019 at New Palestine High School.

“My high school was destroyed,” the victim said. “You took so much away from me, and I constantly remember what happened when I walk past the school.”

The man who was found guilty of the act will now serve several years in prison.

Justin C. McCaw, 45, New Palestine, is the former teaching assistant who was found guilty of all charges against him by a county jury in mid-March. He sat silently at the defense table during his 1.5-hour sentencing hearing on Thursday, April 14. McCaw and the courtroom full of his supporters, the victim, his mother, and court officials listened to multiple testimonies from both sides, including hearing a brief statement from McCaw before everyone knew his fate.

McCaw had little to no reaction when Sirk handed down a six-year sentence on a Level 5 child seduction count. Sirk was ordered to serve three years in the Indiana Department of Corrections. with a three-year suspended sentence. The first year of probation must be served under house arrest, Sirk said.

Sirk told McCaw he would

have a chance to have his sentence changed if he has attended self-help programs while incarcerated. Sirk also handed down a one-year sentence on a Level 6 criminal harassment count and a two-year sentence on a Level 6 felony count of official misconduct by a public official. The two lesser counts will run concurrently with the more serious count. McCaw will also have to register as a sex offender.

Before being sentenced, McCaw told Sirk that he respected the jury’s decision and that it was time for all parties involved to move forward towards a completion. He then told Sirk that he had a lot of support, people who still believed in him. Sirk told McCaw he needed more humility for the damage he caused to the victim, his family, and the pain he caused his own loved ones. Sirk noted that he was not convicting McCaw based on his entire life, but on the acts he was convicted of in 2019.

“This court agrees with the jury,” Sirk said.

“It’s something she’ll have to deal with all her life,” Brown said, on behalf of the state. He then reminded the court that McCaw abused his power as a teaching assistant over school property when he asked the teenager to have sex with him one day after school.

Before Sirk gave his decision, he also heard from McCaw’s wife and several other family members who spoke on McCaw’s behalf saying that Judge McCaw was a good and decent man who supported his family and deserved a lenient sentence.

“Justin did not do what he is accused of,” his wife said. She then asked for mercy and leniency for her husband.

McCaw lost his job at the school immediately after the victim reported that he made inappropriate advances to her in 2019. McCaw had been a full-time high school teacher’s aide since April 2017.

The victim told a school resource officer that McCaw asked her to have sex with him at his home one day after school in February 2019. During the trial, the state presented video evidence showing the McCaw’s encounters with the student on the day she accused him, including an encounter in the parking lot when he drove his truck to her car and approached her as she prepared to leave the school parking lot.

During the trial, the victim told the jury that McCaw told her that day would be a good time for her to come to his house because his wife and family were out of town. The state also provided evidence on McCaw’s phone that he had looked up the girl’s address.