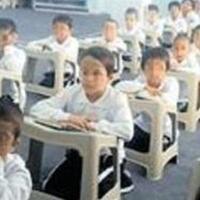 A total of 24 of the 50 suspects of Tajik and Uzbek origin, who were arrested for having links with the Islamic State of Iraq and the Levant (ISIS) in Istanbul on October 18, were found to be children trained in apartments in the basement. in the Pendik and BaÅŸakÅŸehir districts of Istanbul, the Vatan daily reported.

The suspects, mostly Uzbeks, who were arrested in the October 18 raids reportedly taught children the basics of ISIS as well as how to live in an Islamic state.

In August, the Islamic Movement of Uzbekistan, an offshoot of Al Qaeda based near the Afghan border, announced its allegiance to ISIS.

Uzbek intelligence sources reported that more than 5,000 paid Uzbek militants were fighting in Syria alongside ISIS.

Turkey has stepped up counterterrorism police operations against ISIL militants in the country, as the October 10 double explosions in the Turkish capital sent shockwaves across the country, leaving at least 102 civilians dead and hundreds more injured.

Thirteen ISIS-linked suspects have reportedly been detained so far as part of the investigation into the Ankara bombing.