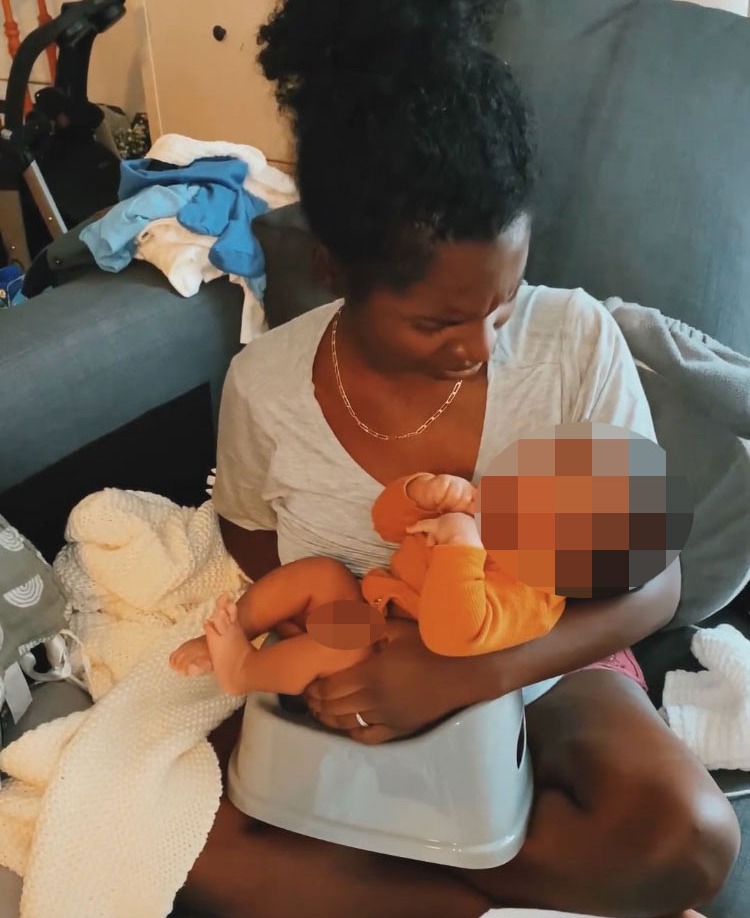 Potty training a child can be a long and often stressful process.

But a mum claims to have taken all the stress out of potty training her five-week-old son.

Jules shared an Instagram reel explaining how she got started, showing her baby Matteo as he signed to let her know he had to poop.

“That’s when he’s about to let it tear,” she said in a photo of him pouting, fists clenched.

“I grunt to let him know I understand and ask him if he should poop,” she said, holding him over the potty.

“He got it and started growling and pushing.”

Concluding with a photo of her baby lying on the floor, Jules said: “Everything is gutted. Babies are amazing!”

She captioned her video: “Did you know you could potty train your baby?

“It’s called Elimination Communication. We started with Mateo at 4 weeks. Now he’s waiting for the potty before he has a BM (saddle).

“It’s pretty amazing! The pees are harder to catch but we caught the poos!

“That way Mateo doesn’t have to feel uncomfortable in a dirty diaper, we waste fewer diapers and save more money.”

While some people praised Jules for coaching Matteo at just five weeks old, others saw no point in it.

“Ummm why he’s 5 weeks old he doesn’t even understand the meaning of potty training but I swear a baby needs to be pressured for what????” another added.

A third commented: “Babies can’t even be babies anymore. We have to rush everything.”

“Let it go, let baby be a baby…god,” someone else wrote.

“When the hell does the baby just become a baby.. this ninja has to go straight to work out of the womb.. Like chilling out…” another added.

However, others argued that Jules did a great job teaching Matteo to use the potty at such a young age.

“Wowww!!! That’s really amazing! I wish I knew that lol. I just learned something new! Awesome!” one person wrote.

“That’s so awesome! I wish I had known that before!” another added.