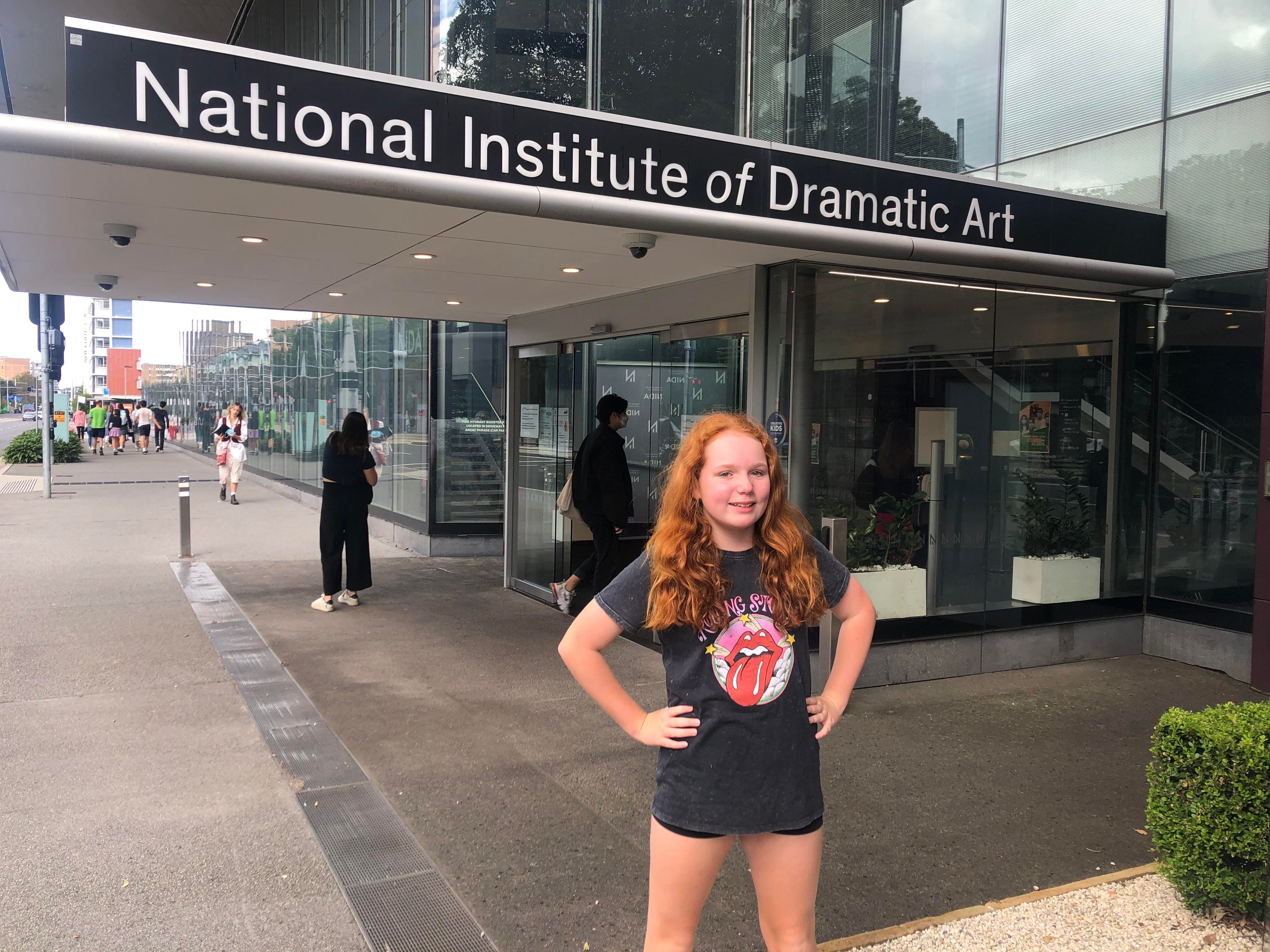 The positive benefits of performing arts training for young people are well established, with report after report demonstrating that early exposure to the arts helps with cognitive development, socialization, self-esteem, self-expression and more.

“Every time I perform, I feel accomplished,” she told ArtsHub. “It definitely makes me more confident.”

With some stage experience already under her belt, Madeleine recently took part in a short on-screen course through NIDA Open.

“It’s to help me when I get auditions on camera and for commercials, to help me get on camera,” she explained.

“I feel like if I didn’t take this class, if I wanted to be on camera for TV shows in the future, I wouldn’t really know what to do.” But by doing this course at a young age, I will know what to do if I want to make films when I grow up.

“I was nervous at first, but once I started doing [the course] I felt more confident in front of the camera and excited to go back. I was also able to see new people I had never met before and make new friends,” said Madeleine.

NIDA Open courses are offered at various locations in Brisbane, Sydney and Melbourne, and introduce young people to skills such as performance techniques for beginners, specialist actor training, screenwriting and more.

The course tutors are professionals in their field and welcome and respond to individual student needs, said Madeleine.

“When I took the course, I think my teacher understood that I was a little scared and she knew that I had never been in front of a camera before. So she was very helpful. You can take your time like me to find your comfort zone.

After the challenges of COVID, which have seen students across the country deprived of opportunities for social interaction and creative play, NIDA Open’s short courses offer a valuable opportunity for children to reconnect with their peers in a setting relaxed and engaging, while simultaneously teaching them valuable new skills.

“Madeleine really gets a lot of joy out of acting and loves doing it. But I would encourage anyone who has a child who is creative in any way to consider placing their child in some sort of performing arts classroom or environment as it teaches life skills that are transferable outside of the stage or the studio,’ Louise explained.

“Some of these skills around resilience and confidence, making friends, socializing, a lot of that has been really difficult for young people coming out of the pandemic. It is therefore very important to be able to return to a room with another group of young people and step out of your comfort zone. Madeleine was taken out of her comfort zone, but that’s how you grow.

One aspect of the Screen Acting course that was new to Madeleine was improvisation, which is taught alongside character development, script work and the basics of acting on camera.

“For my acting, I have a script, so I’m not really used to improvising. I was a little nervous, but since we improvise every day, I definitely got more used to it,” she explained.

Madeleine thinks the improvisational skills she learned for film will also come in handy for her future work on stage.

“It really helps me play. If I forget a line, it helps me improvise on the spot. Also, some of the advice they gave me is that there’s nothing wrong with improvise, as it helps you get into character a bit more.

Louise O’Sullivan urged other young people – and their parents – to take advantage of the creative opportunities offered by the short courses at NIDA Open.

“If you can spot a little spark of creativity in your child, maybe suggest they take a class. And don’t be intimidated by the NIDA brand. I’ll be honest with you, I was probably a bit intimidated myself at first as to whether Madeleine would fit in or not… But once you walk around campus you realize right away that it’s a such a welcoming and warm environment,’ she said.

Madeleine agreed, adding: “Challenge you to do something new, maybe?”

Community Voices: The Importance of Diverse Networks in Academic Mentoring