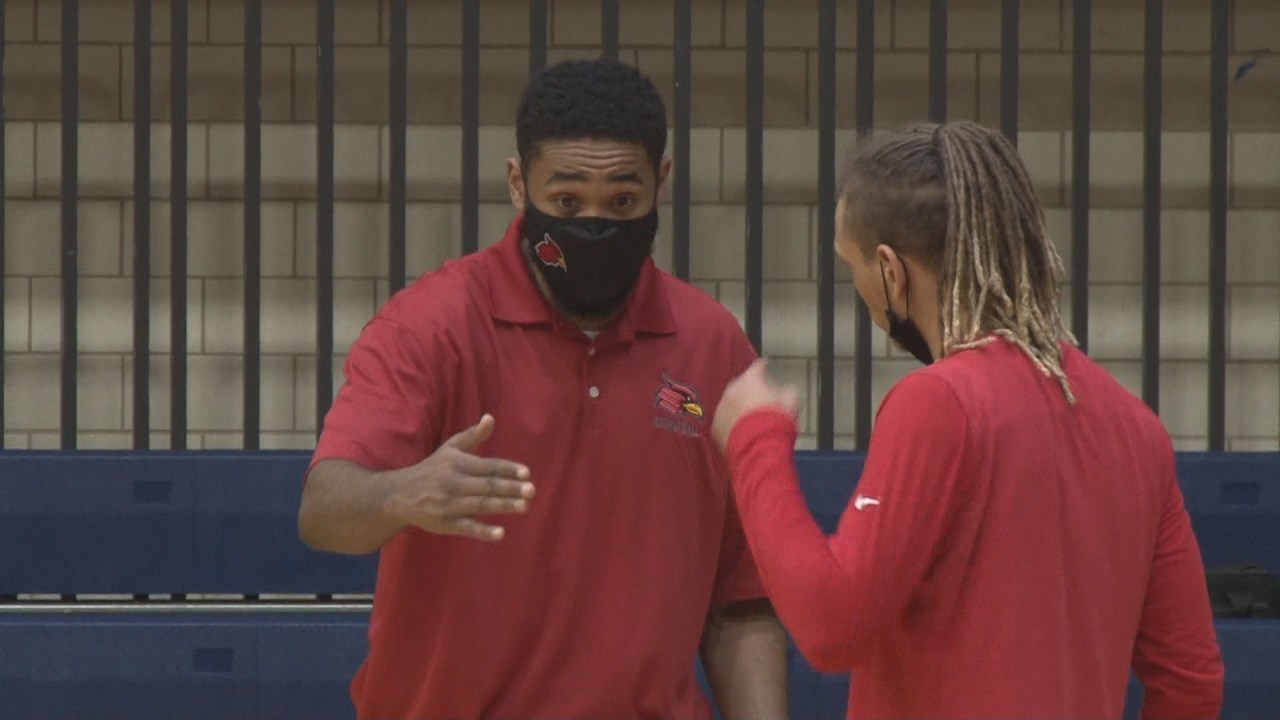 MORGANTOWN, WV — Da’Sean Butler is a name synonymous with West Virginia basketball, but his impact on the game transcends the Mountain State.

He played a key role in the 2010 WVU Final Four. A little over a decade later, his basketball journey is still on, but just in a new title.

In February 2021, Butler joined Wheeling University’s coaching staff. In October, he made the jump from Division II to the NBA G-League where he is currently an assistant with the College Park Skyhawks.

Butler describes his journey to coaching as “the luckiest chain of events.” Wheeling head coach Chris Richardson is someone he’s known since he was 18. They fell out of touch for about eight years as Butler continued his professional career overseas. Once back in the United States, he realized that Richardson had become a coach. They reconnected and Butler was invited to Wheeling to speak to Richardson’s team. The rest is history.

“He brought me out there to talk to the players about what it takes to be a pro and things of that nature. I talked to the guys and it was a good conversation,” Butler said. Afterwards, all these loving people helped me and I got the chance to work at Wheeling, which was phenomenal.”

The same kind of relationships that brought the former mountaineer to the Cardinals coaching staff are the same that took him to the next level.

“I used those relationships that I made solely through basketball to get into the NBA assistant coach program. I joined that program while I was in Wheeling as a coach. assistant and I was trying to get my master’s degree. I faced all three at the same time,” Butler said. “Class went well. I graduated from both WVU and the assistant coach program. Then I was invited to work in two separate (NBA) summer leagues, one in Las Vegas and one in Salt Lake City, and I was a guest coach and was able to help both organizations. I was able to meet a bunch of people throughout the summer, it was a whirlwind, it went really fast and I ended up being given this opportunity.

However, those same relationships made it a bittersweet opportunity.

“It sucked at the same time because I had to leave these guys that I had formed such a good relationship with in a short time,” Butler added.

He is still in contact with his former WU players and coaching staff. Butler said he stayed in all group chats and offered advice on anything he could – both basketball and life related. He wants to help the next generation achieve their goals by sharing their experiences. It was precisely for this reason that he became a coach.

“I always knew I wanted to coach. My dad kind of coached me when I was younger. I was lucky enough to go with him to a ton of training camps and clinics and played basketball myself. The chance to see his relationships with those players – I was an only child, so the guys he mentored and helped were kind of like brothers to me,” Butler said. “Just seeing this piqued my interest in coaching. From then on, going to these clinics and meeting these great coaches, I was hooked on the idea. I was just in love with the basketball as a whole.

And basketball made that love reciprocal. After playing at Morgantown from 2007 to 2010, Butler was drafted by the Miami Heat and played as a professional until 2020. He learned from a number of influential coaches along the way, including his father. and Bob Huggins. They helped shape him as a player. Now they inspire him as a coach.

“If I could take anything away from these guys, it’s more or less be myself,” Butler said. “They didn’t try to be what they weren’t and they were very transparent and honest. They have always maintained an open and honest dialogue with their players. That’s why their players respect them and they are loved. They don’t pretend to be something in front of the state and their team, then someone completely different away from the lights.

When Butler was back in Morgantown during the summers, he and McBride crossed paths at their respective workouts. Now they met as opponents.

Butler said he took the opportunity to get McBride’s perspective on the G-League and what he can expect. That afternoon, he learned a lot from Deuce, and unfortunately, it was at his expense.

“After selfishly choosing his brain for about 5-10 minutes, we kinda joked around. Then I told him to calm us down. He didn’t,” Butler said. the first time we faced him. Surprise.”

The Mountaineer legend and the Skyhawks are back on Sunday against Motor City. You can hear this exclusive interview with Butler in its entirety on the first episode of The Gold and Blue Nation podcast.