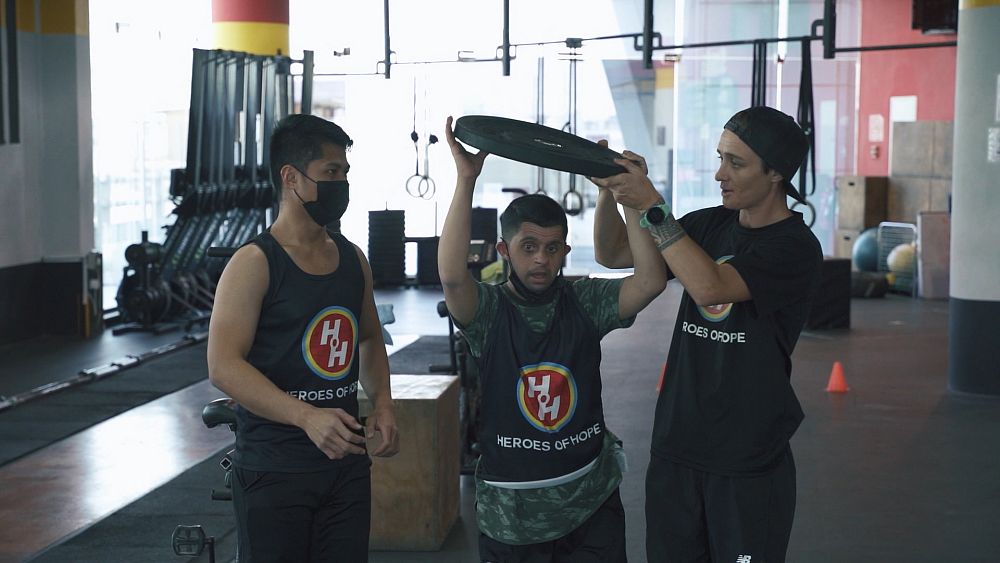 Hollie Murphy, the coach who trains the heroes of Dubai for a limitless future

Hollie Murphy is the founder of ‘Heroes of Hope’, a nonprofit group that develops athletic, social and interpersonal skills for determined people in Dubai and the United Arab Emirates.

She started her sporting journey with track and field at the age of 6 and has “played for 12 different sports”, nationally and internationally throughout her life. Coaches have always had an influence on her. She tells us about a particularly “fantastic” “physical education teacher” that she had in high school and who really inspired her.

Thirteen years ago, Hollie moved to Dubai to work as a physical education teacher and she quickly realized that she was not surrounded by many children with special needs. â€œDuring PE time, they were withdrawn to go and focus more on academics. But as a PE teacher who enjoyed working with them, that didn’t suit me,â€ she explains. It was then that she decided to have an after school club. The club started with 12 children and 4 years later it has welcomed over 100 determined children.

Due to the COVID-19 pandemic, everything has moved to online education. It was then that she realized she had to make a decision. â€œI was so concerned about my athletes. Some of the children’s behaviors were changing, they were starting to regress, so I gave up my teaching career and started to focus more on building an organization; and that’s what brought Heroes of Hopefully together. “

“I call them my heroes. Each of them has their own unique power. It is my responsibility to help them find that and when we find it, we nurture that.” The organization is supported by various members of Dubai’s sports and fitness industry, including Sands Fitness, who donate time to the site. Athletes train 7 days a week in a variety of sports including; strength and conditioning, athletics, boxing, swimming and more. For Hollie, â€œthe Dubai community as a whole has been very generousâ€ to them. Volunteer coaches come to give their free time and dedication. Holly says that without them they couldn’t have run this program. The association also accepts financial donations.

â€œLimiting is just a state of mind and it’s up to us as coaches to prepare our athletes so that they can do absolutely anything,â€ she adds. Last year, Hollie’s heroes took part in a long distance adventure race in Hatta. They endured running, cycling and kayaking and successfully completed the race. This achievement was recognized by the Dubai Sports Council with a Medal of Honor.

Hollie explains that â€œfor every child it is crucial that they receive a lot of exposure and experience. This is the only way they grow as an individual. It’s the only way they’re going to figure out what they’re really passionate about. Heroes of Hope is expanding its range of activities by drawing on new areas such as art classes. Just like sports, these classes are supported by the local artist community and places like the hotel Indigo.

Hollie looks forward to the future with her heroes in her new home. She feels like she is still “at the start of a very unique and powerful journey”. For her, being in Dubai is the right place to be able to move forward.

What is an iBuyer? Instant Buyers, Explained