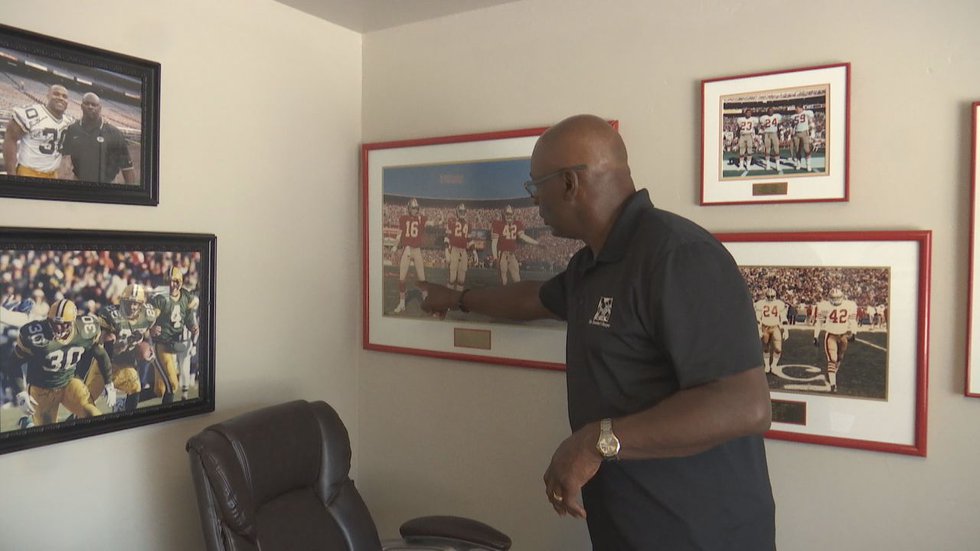 GREEN BAY, Wis. (WBAY) – Harry Sydney has photos hanging in his office that capture a glorious past filled with iconic victories.

“These are guys who know what’s in store for them and it’s not about the cold weather right now. It’s one of my favorites,” Sydney said, pointing to a photo from his playing days with the San Francisco 49ers.

His past includes three Super Bowl rings, winning two as a player with the 49ers in the ’80s and one as a running back coach with the Green Bay Packers during the 1996-97 season.

But ask her and Sydney will tell you about her losses and struggles in life.

“Growing up in the south, I dealt with prejudice. I dealt with mom and dad abuse, alcohol issues. You name it, we dealt with it,” he said .

Sydney founded My Brother’s Keeper in 2003, located at 1463 Main St. He believes in early intervention and male empowerment as a way to break the cycle of violence and bad behavior.

As our country grapples with gun violence, Sydney says it’s important to mentor men and instill in them positive character traits that allow them to contribute to society.

One of the methods that his clients appreciate is “straight talk”.

“Our job is to tell guys the truth in a way that they can understand it,” Sydney said. “It’s not a black thing or a white thing, it’s a man thing.”

His clients include men recently released from prison, elderly men having problems with their adult children or teenagers dealing with the consequences of bad decisions.

“I had a client two years ago, a high school student, who was blamed for some of the shootings that were going on. They tried to pass him off as the ringleader. He was a football player,” said Sydney. “He was in jail instead of hitting drills and stuff. He had to change his whole life.

Sydney says a change in behavior can have a profound and positive impact on the relationships in her circle of influence. It is committing to change that is difficult.