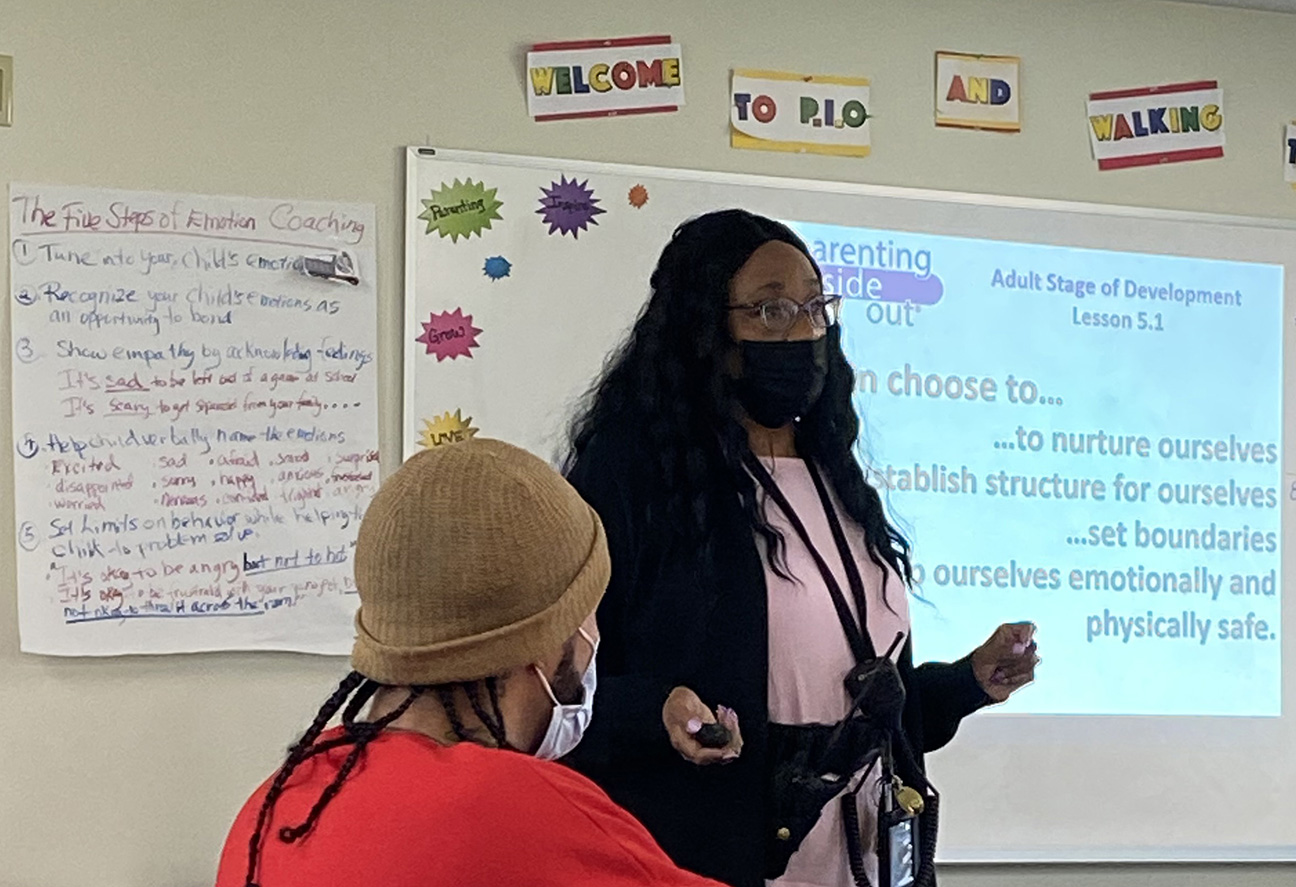 Georgie Brown walks around the room in a casual manner, speaking in a way that demands respect but also shows compassion. She moves back and forth with ease, engaging with each of the six men as she offers instruction and guidance as they let their guard down and discuss their childhoods and how they plan to be. better parents.

And every once in a while, one of the men peeks at a table full of teddy bears.

This is week six of the Strength in Families class at Cedar Creek Corrections Center (CCCC), and it’s a milestone. Towards the end of the course, each participant will trade in the egg they cared for and adopt a bear. They are expected to care for this bear as they would their own children. This means never leaving it unattended, arranging care when they go to work, and even monitoring the environment around the bear to protect it from inappropriate behavior.

“You need to provide loving, consistent care like you would a child,” Brown said. “If you don’t want your child to see or hear it, don’t expose your bear to it.”

Bear care is one aspect of the 12 week course, but the main focus is to help participants understand how they were raised, use the positive, weed out the negative and communicate effectively.

“You see it over and over again: the way you communicate is the way kids are going to communicate,” Brown told the class. “They will be people who feel good about their emotions and are confident in themselves.”

“They are here voluntarily,” said program manager Darin Goff. “They could do a lot of other things with their time. They choose their families.

Brown taught the course for four and a half years and mixes a style of encouragement and pragmatism. She’s quick with feedback and pushes each member of the class to do more than the minimum when it comes to answering questions about things like the love they received as children and how they learned. the sense of family.

A worksheet called Legacy Backpack asks participants to answer 17 questions about their childhood, including whether they felt loved, had someone played or read to them, and whether they learned to trust people.

“It’s like a backpack, and they have to go back and unpack these things,” Brown said. “What are they going to unpack with their family heritage that they emotionally pass on to their children? These are lessons they can teach their children that they might have missed as children.

“This lesson isn’t so much about focusing on what you missed, but what you can bring home for your kids and unpack some of those family heirlooms that probably weren’t as good.”

All participants said they were eager to participate in the program and benefited from what they learned.

“This course helped open my eyes to my selfishness as a person – in general in life and as a father,” said one participant. “It taught me tools I can use to build a better relationship with my children while incarcerated.”

Goff credits Brown and Loretta Adams, the case manager who works with participants during their incarceration and after their release, for developing an atmosphere that helps each participant develop valuable and applicable skills beyond parenting.

“I always learn something from our coaches at our regular meetings from what they pass on in the program,” Goff told the class. “Even though I’ve heard it before, I’ll take something else.”

However, the lessons are not just for returning participants to their families. Each participant said they found opportunities to apply what they learned in phone calls home and in interactions with others.

“We had this lesson called the conversation plan, and I actually called my wife and used it and we’re cool right now. Really cool,” said one participant. “It actually works. I was afraid to do it, but it really works.