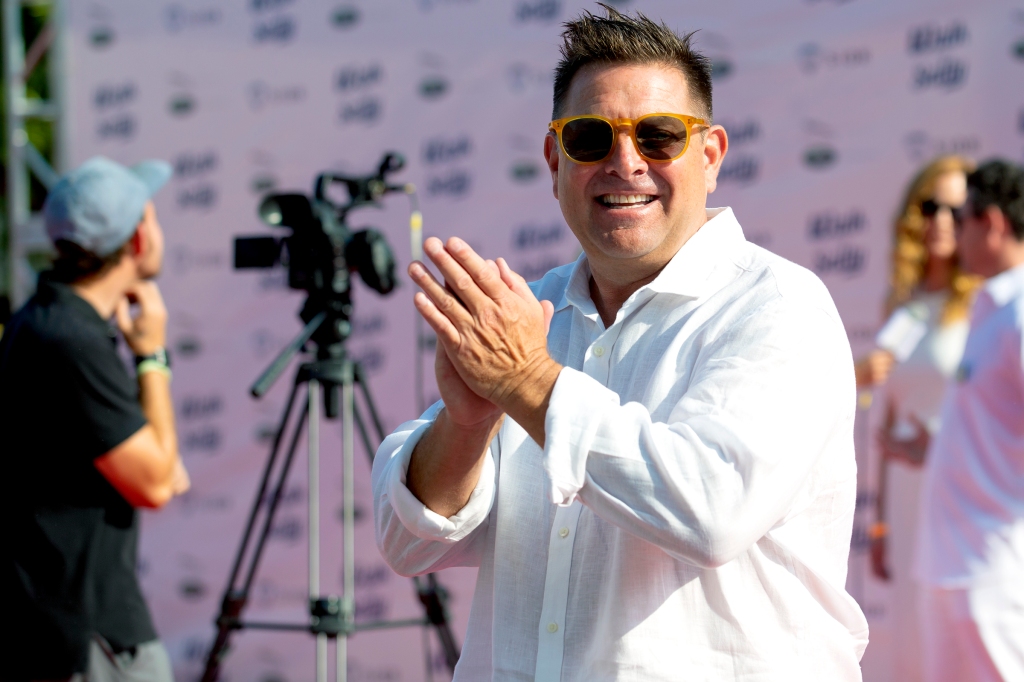 Nick Arquette, founder of Walk With Sally, which matches adult mentors with children traumatized after a family member died of cancer, stepped down as CEO this week, the organization announced. non-profit – but it will not cut ties with the organization.

After 17 years at the head of the association, Arquette will no longer oversee day-to-day operations. But he will remain involved in fundraising, recruiting and expanding Walk With Sally’s vision beyond South Bay, Arquette said.

Arquette stepped down so he could focus on a new role as vice president of global acquisitions for Giggster, a film location rental website, he said. His role will be to help the company grow worldwide.

Mark Rothman, a veteran leader of nonprofits elsewhere, will serve as interim executive director, managing day-to-day operations and supporting the board in its search for Arquette’s permanent successor.

“I’ve been able to help so many families and meet so many people” through Walk With Sally, Arquette said. “I am now in a position where I can focus a little more on myself and my family.”

Freeing herself from day-to-day business, Arquette said, will also allow her to focus on growing Walk With Sally in other cities.

“The idea that I can help the organization grow in a different way,” he said, “that feeling of knowing that I can really start looking at opportunities for expansion” keeps Arquette excited.

“It’s good for me to try new things and let someone with new, younger energy get involved,” Arquette said.

As for Arquette’s new venture, he had been negotiating with Giggster for about six months, he said, and officially started as vice president about a month ago.

“I will continue to work with Walk With Sally to create this long-term vision,” Arquette said, “Helping with the White Light White Night and Friendship Bowl (fundraising) events and supporting the new Executive Director.”

Headquartered in El Segundo, Walk With Sally is named after Arquette’s mother, Sally. She died of breast cancer when Arquette was 11, according to the Walk With Sally website. He launched the association in 2004.

Remembering how his mother’s journey through cancer changed his own life, Arquette wanted to create something that gives hope to children who have lived in a place similar to him. He began by mentoring a child whose mother also died of cancer.

His hands-on approach didn’t stop once he launched Walk With Sally, having mentored three boys since its founding.

Arquette did not take a salary in his first nine years at the helm of the organization, he said. Eventually, however, the nonprofit brought in enough funds to transition his team, including himself, from volunteer to paid staff. He took over as CEO in 2013.

Arquette also ran a home care business and is currently developing an app for elderly care, he said.

Although Arquette’s new job requires him to spend much of his time traveling, his work, heart and mind for Walk With Sally, he said, “won’t go very far”. .

Sign up for The Localist, our daily email newsletter with handpicked stories relevant to where you live. Subscribe here.