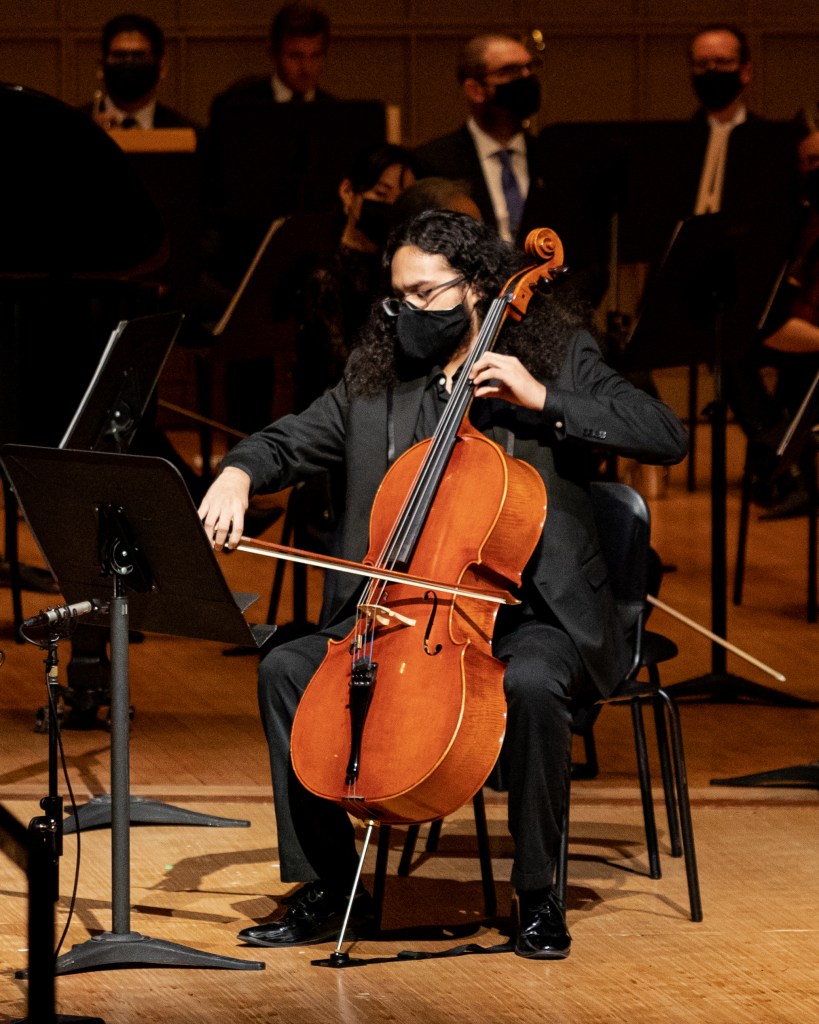 DALLAS – October 12, 2022 – The Dallas Symphony Orchestra’s Young Strings program celebrates 30 years of nurturing the next generation of classical musicians this year. Established in 1992, the program has served more than 5,000 students in the Dallas-Fort Worth Metroplex since its inception, providing them with free access to instruments, expert instruction, learning opportunities and outside scholarships. , and more. The program was founded by Dwight Shambley in Dallas with the intention of increasing the diversity of American orchestras. Shambley was the only black performer for most of his 48 years with the Dallas Symphony Orchestra.

The program’s 30th anniversary will be celebrated at the Dallas Symphony Orchestra’s Showcase recital on Saturday, November 12, where Young Strings students will perform with piano accompaniment.

“This is the students’ first recital of the season and represents hours of practice and work with their teachers since the start of the school year,” said Carolyn Jabr, DSO Youth Strings Manager. “The younger ones will take their first steps in more important work. Our older students, especially seniors, will be able to take this opportunity to present what will be their audition material for conservatories and colleges. It’s a wide range of talents, experiences and music and it’s always rewarding to hear.

The Young Strings program has a 100% high school graduation rate and largely serves students of color who attend schools without their own music curriculum. Participation in Young Strings has a lasting impact on its students, many of whom pursue higher education and careers in music, fulfilling the mission of increasing diversity in arts spaces, including orchestras.

“It’s always nice to see other people who are like you in a position where you see yourself in the future,” remarked Matthew Morgan, former Young Strings student and mentee of Dwight Shambley. Morgan was accepted to every conservatory he applied to after graduating from Booker T Washington High School for the Performing and Visual Arts, with full scholarship offers from several schools.

“Not only has the Young Strings program changed the lives of many students, it has had a profound impact on our staff, our musicians and the organization as a whole,” said Kim Noltemy, president and CEO of the Dallas Symphony Association. “High school graduation and college acceptance rates of 100% and many alumni leading successful careers educating young musicians show the impact of representation and opportunity. We look forward to educating and inspiring the next generation of talented and diverse musicians over the next thirty years and beyond.

ABOUT THE DALLAS SYMPHONY ORCHESTRA: The Dallas Symphony Orchestra, under the direction of Music Director Fabio Luisi, presents world-class orchestral music at the Morton H. Meyerson Symphony Center, one of the world’s top-rated concert halls. As the largest performing arts organization in the Southwest, DSO is committed to inspiring the widest audience possible with distinctive classical programs, inventive pop concerts and innovative multimedia presentations. In fulfilling its commitment to the community, the orchestra reaches more than 243,000 adults and children each year through performances, educational programs and community outreach initiatives. During the pandemic, the Dallas Symphony was one of the few major American orchestras to perform socially distanced concerts with live audiences throughout the 2020/21 season. In addition, the orchestra has offered more than 200 open-air chamber concerts in the Metroplex neighborhoods since the summer. The DSO continued online music lessons to more than 300 students through its Young Strings and Young Musicians programs.

The Dallas Symphony has used digital and broadcast media to share music across geographic boundaries and has become a leader among American orchestras in digital distribution. In 2021, the DSO presented a three-concert broadcast series with Bloomberg Media, reaching over 4 million viewers worldwide. In October 2021, PBS stations across the country began broadcasting One symphony, two orchestras, a program that documented the historic concert of Mahler’s First Symphony with the DSO and the musicians of the Metropolitan Opera Orchestra in May 2021. This program was nominated for a Daytime Emmy Award in May 2022. The DSO also captures and broadcasts concerts for online distribution through its Next Stage digital concert series, presented by PNC Bank. The programs are available on the DSO website at watch.dallassymphony.org.

The DSO has a tradition dating back to 1900 and is the cornerstone of downtown Dallas’ unique 118-acre Arts District which is home to multiple performance venues, museums and parks – the largest such district in the nation. The DSO is supported, in part, by funds from the City of Dallas Office of Arts and Culture.