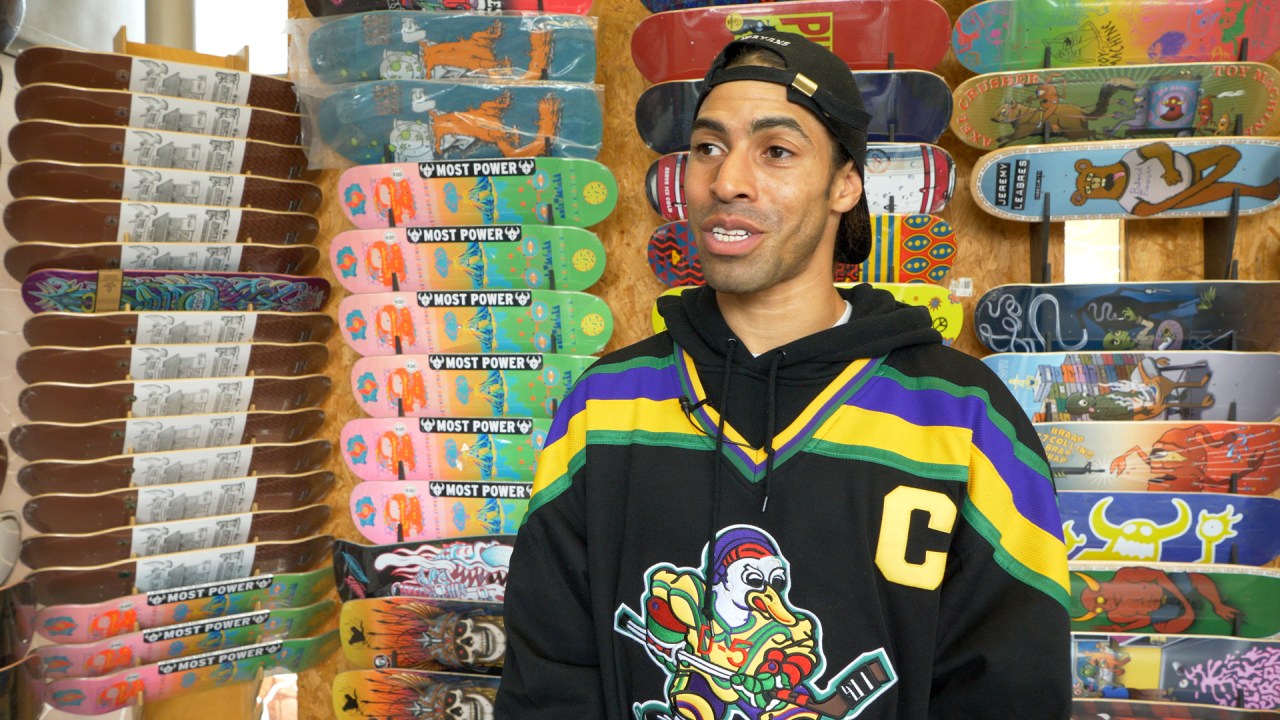 The DFW area skater has been skating for 19 years and has earned an impressive career, with affiliations with top skateboard brands like Darkstar Skateboards, Axion Footwear, Ricta Wheels, Krux Trucks and Rhythm Skateshop.

Ke’Chaud joined Darkstar Skateboards in 2016 and turned pro in 2018.

If you’ve had the privilege of seeing him skate, you know his unique style is very exciting and fun to watch. Often referred to as a “great shipper”, Ke’Chaud brings a sense of childlike joy and wonder to the sport of skateboarding.

“Even today, when I’m skateboarding, I want to find the craziest, funniest thing to do. You know, like a kid would. What would a kid do with a toy? That’s how I want to skate,” Ke’Chaud said.

That childlike wonder and enthusiasm for the sport, he says, transcended his style to his career. In addition to competition, Ke’Chaud is also a coach.

“If I skate, someone asks me a question. Someone is trying to learn. I am here to help you. That’s how the industry works. That’s how it’s always been and so becoming a coach has always come naturally,” Ke’Chaud said.

Through his coaching, Ke’Chaud is able to not only teach skaters in the DFW region the technical craft of the sport, but coaching is about more than instilling skills in a person. In any sport, coaches try to instill a sense of camaraderie, camaraderie and mutual respect towards other skaters; that Ke’Chaud takes seriously.

Skateboarding, unlike many other sports, relies heavily on the skateboarding community, as there are no regularly scheduled matches like you would see in other sports. What brings skaters back to the parks are other skaters. And because Ke’Chaud takes it seriously, he’s made huge strides in growing the local skate scene.

“When I started getting bigger on a skateboard, obviously people noticed. So if I go to a skatepark anywhere and jump all over the place, brush up against the fence, do all this crazy stuff, then if I’m going to curse and bully people,” Ke’Chaud said . “So it’s just going to show the next generation that ‘Hey this guy is really cool. He skates amazing. Let me be like this.’ That’s the energy that people don’t want to have.”

To support Ke’Chaud, his decks are available for purchase at Rhythm Skateshop. For more on Ke’Chaud’s incredible skateboarding skills, follow him on Instagram at @kechaud.