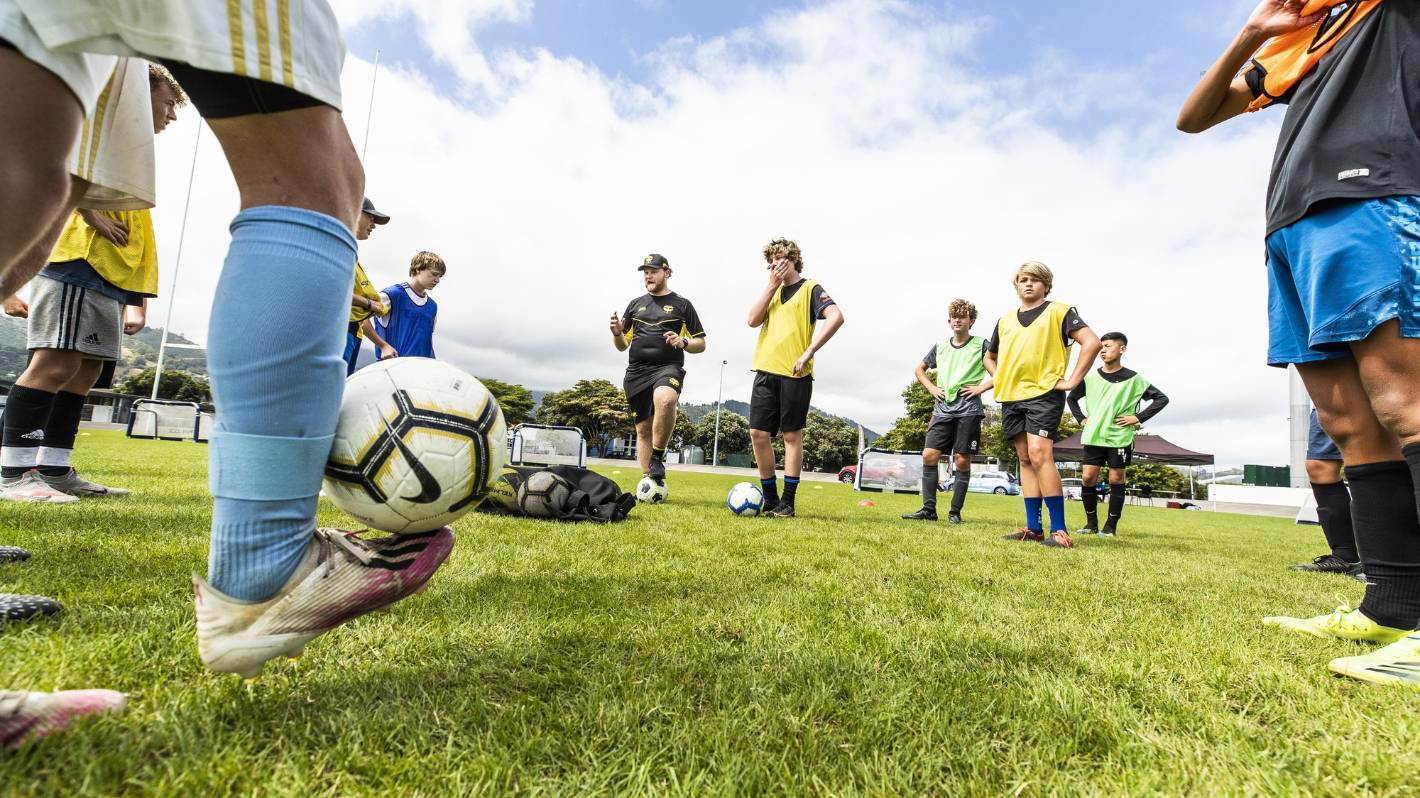 Coaching grade 9 football, a true test of your ability to handle pressure

Matt Rilkoff is Taranaki’s regional editor at Stuff and a regular columnist.

OPINION: From 1984 to 1985, I played about 17 football games before my team was abruptly disbanded to strengthen my school’s rugby team.

As a prop, that’s literally what I ended up doing for the next 15 years.

The thing is, I loved football, as I called it then, way more than I ever loved rugby and for a long time felt the abrupt end to my promising career.

So I take my recent appointment as coach of my son’s 9th grade football team as proof that the universe will always correct itself. It’s taken 38 years, but I’m finally where I should be.

Unfortunately, my short stint as a football player did not equip me with an encyclopedic knowledge of the game.

I know the ball is round and the goals are rectangular. I know you use your feet instead of your hands. And really, that’s all I know.

My victory strategy will therefore be quite rudimentary. I will train my team to use their feet to send the round ball into the rectangular goal.

This can be distilled into the phrase “kick on goal”, which I will shout up to 78 times per game.

You might think this approach lacks nuance, and it absolutely is. But the truth is, I might as well yell “bring me all your spoons.”

It’s because I will be coaching seven and eight year old boys. At this age, boys still have something to shout about, but lack the ability to hear what other people might say.

Typically, you would be more likely to get some form of verbal recognition from a mushroom than a 9th grade football player.

Because I’m optimistic, I really believe that will change at some point in any of the 11 games we have scheduled. And when that changes, it’s imperative that the first thing they hear is my simple instruction to succeed.

They may not realize the wisdom of my approach right now, and honestly, I don’t expect them to realize it in the future either. This is one of the burdens a coach has to bear.

My general approach may make coaching seem easy, but that would be a naïve conclusion. Coaching children’s football is a high-pressure environment.

This is because football parents have the extraordinary ability to measure time without referring to a clock.

To outsiders watching, those seconds seem insignificant, but to parents, they represent a grave injustice that causes them to seriously consider bringing a blade to the next game.

Not necessarily to stab the coach, but more to let him know that stabbing is a distinct possibility if James spends too much time in goal.

To ensure my own survival, I have to spin players through all positions and sub-pools with a precision that would make an atomic clock cry.

The only problem with such precision is that, although it is scrupulously accurate, it does not account for hot sequences.

A child on a good run is able to slice through the defense as if skating on the ice and score goals from any position on the field. It’s an amazing thing to see.

Those in a hot streak have one of the most unforgettable and influential experiences of their lives. And it may only take a few minutes.

It’s not unusual for a grown man to attribute all the success he’s had in life and love to a single one-minute hot streak he’s had, say, as a member of the Rob’s Meats Oakura school basketball team.

Even 34 years later, he can regularly tell the story of his unanswered 18 points against the top-flight team at Francis Douglas Memorial College, who clearly didn’t realize the talent they were dealing with.

Which is a very long way of saying that a good streak should not be interrupted and so it is when a good streak is in progress that a trainer’s true mettle is tested.

Does he crumble under non-verbal pressure from parents to ensure fair game time, or does he let the hot streak continue, thus throwing participatory fairness out the window for the journey of a boy’s ego.

The answer is pretty obvious, of course.

Matt Rilkoff is Taranaki’s regional editor at Stuff and a regular columnist.