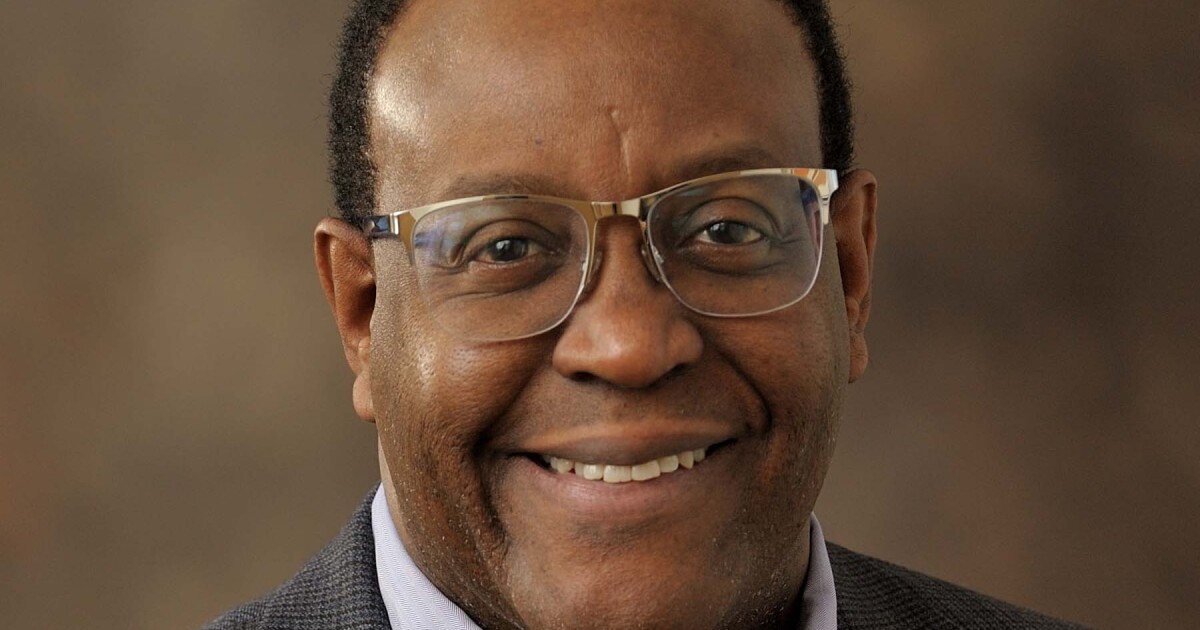 Dr. Knight said he wanted to reduce the scarcity of people like him.

“I still have work to do to try to make sure there are more people like me coming through the pipeline to hopefully do what I do one day because they will bring others people behind them,” Knight said.

Knight said when he came to Carle three decades ago, there were only a few African American doctors. Now there are about 50. Being named chief medical officer is more important than being Carle’s “first African American” to hold the job, he said.

“I’m honored to be in the role, I’d say they put me through a pretty rigorous process to make sure I was a qualified person to play the role and had the attributes to do it. . And I’m extremely happy and honored to have this opportunity,” Knight said.

Knight said he tries to mentor African American medical students in a variety of ways, including how to deal with bias. Lest you think a white coat insulates a doctor from racism, Knight said, think again.

“I’ve been called the N word many times during my practice career. If this is the first time this has happened to you, whoa! It’s not supposed to happen and how do I handle it when I have to continue to take care of that person who actually used that word when talking to me?” said Knight.

Among the stories Knight tells to medical students is that of a patient who spat out invective when he didn’t like the advice Knight gave him, which was to allow a transfer to another hospital where a higher level of care was available.

“He went on and on and on and used the N-word and things like that. I finally called the hospital administrator and said, ‘Well, I did what I can do. . Good luck. And he also used a few select words with this person. Eventually we got him to do what needed to be done,” Knight said.

It wasn’t the last time Knight saw the patient.

“He and I are talking today very respectfully because I actually saved his life once when he came down badly,” Knight said.

Knight said all black doctors can do is offer to care for these types of patients or help them go elsewhere if they choose to.

Knight said the total number of African American physicians continues to be low — about 5% of all physicians. But male doctors are even rarer, barely 2% of the total.

“You have to have people who believe in you. And then the channels that you go through to get where you want to go have to be open. And I think over time in our country it just keeps getting better. There’s had times when the doors weren’t open for certain types of people,” Knight said.

He said the path to becoming a doctor is also long and there are doors at every stage of education.

He said it’s not unusual for someone to come out of medical school with $250,000 in debt.

“A lot of people look at this and it’s just a path and a hill that they’re not sure they want to climb unless they have great support systems along the way. For some people, I think they lose their way before they get there,” Knight said.

He said the percentages of African-American doctors haven’t budged much in a few decades, so more support needs to come early in a child’s upbringing to keep those doors open. At every stage of his own life, Knight said someone was there who believed in him. In fourth grade, it was a math teacher, Mr. Schaeffer, who made the bold decision to try to introduce the elementary class to statistics.

“And he called my mom and told her that. She said, ‘You’ve lost your mind.’ And he did it because he was a great teacher. He just recognized that there is a group of kids who love math and he thought he would give it a try. And we did and it was great. You have to reach out to people who have ability and enthusiasm,” Knight said.

He said people also need to see others in the role they can use to believe they can do it too.

“The only African American doctor I knew was my family doctor. Whenever I come back to town, I’ll call him. You have to start with these people. Then you have to work with their parents and say, this kid has an aptitude to do that,” Knight said.

Knight said he and a group of about 50 “black Carle doctors” were trying to find medical students to mentor individually.

“I call him, and I’m leaving, we’re going to have lunch. And they say, well, I’m studying, and I’m going, I know you’re studying, but we’re going to have lunch. It’s an opportunity to talk, because people need to know what the possibilities are. In medicine, there are all kinds of things you can do. What do you like to do? Let me help you narrow that down so you can better focus on how you need to structure yourself, to get from point A to point B,” Knight said.

After that, he said, mentoring is about introducing young people to your own networks, so they have someone to connect with who is in other careers.

“I say, if you’re having trouble, just pick up the phone and call me, because everyone needs a little kick in the back, to help them get back, on the way, or just an ear careful,” Chevalier said.