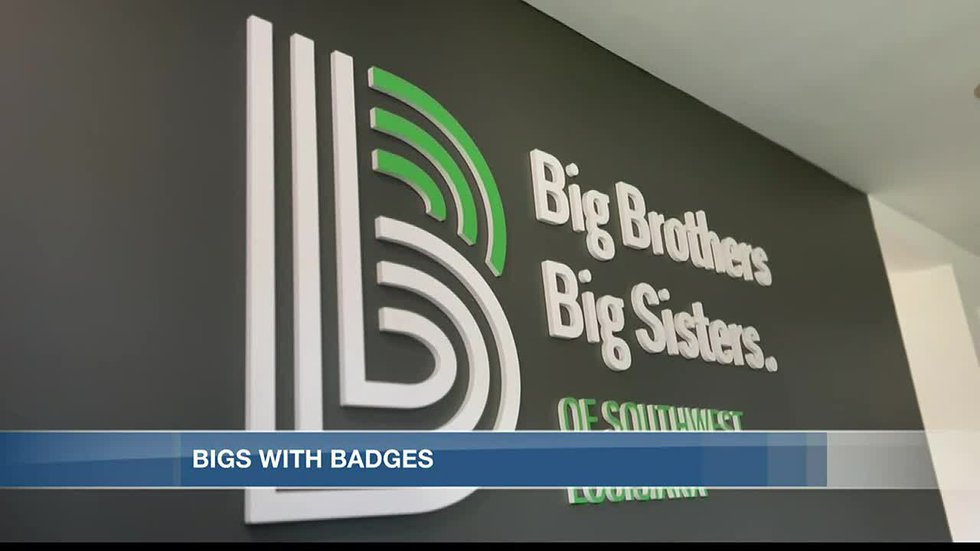 A new mentoring program is coming to the parish of Beauregard

Lake Charles, LA (KPLC) – “In the community, I noticed a lot of gang activity.”

After moving to DeRidder, program supervisor John Jaramillo said that’s when he knew Big Brothers Big Sisters had to get involved.

“I went to my general manager and asked if we could open a program, and we officially launched our program in Beauregard Parish,” Jaramillo said.

Bigs with badges. This is a one-on-one mentoring program designed to pair an officer or first responder with a child in the community, focusing their attention in a positive direction.

“The last two years have been so tough that they’ve found different outlets to put their energy into, and not everything is positive,” Jaramillo said.

The Beauregard Parish Sheriff’s Office is one of the participating agencies.

“Unfortunately some of our young people have learned to dislike the police and they have never had any interaction with the police,” Sheriff Mark Herford said. “So we’re using this as an opportunity for us to come out and let them get to know us.”

As well as DeRidder Police. Chief Craig Richard said he hoped it would restore confidence.

“Now there seems to be a trust issue, and I think this program will work with other programs that we have in place that all come together, so that we can pick up the kids one by one, and just build a great relationship with them,” said Richard.

BBBS has started the recruiting process and hopes to have found a match by August.

FBI: A doctor in training in Florida tried to traffic a minor for sexual purposes