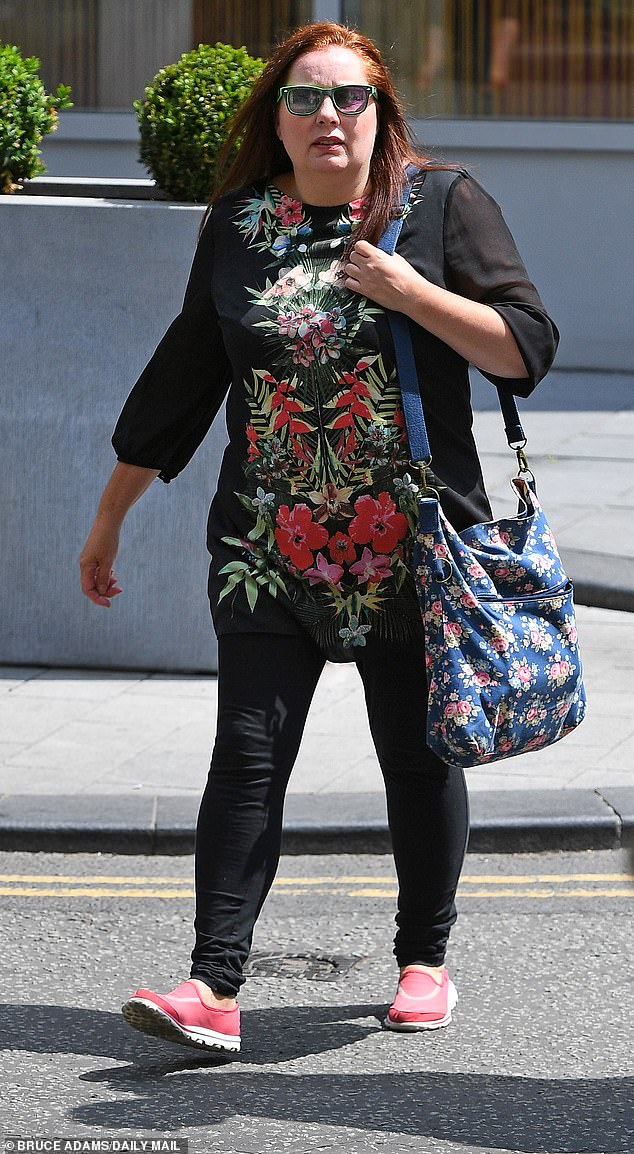 A 46-year-old drama teacher, jailed for sexually abusing a schoolgirl she mentored, is banned from teaching

Drama teacher, 46, jailed for sexually abusing schoolgirl she tutored at her family home is banned from teaching – but insists she did nothing wrong

By Jamie Phillips for Mailonline

A drama teacher jailed for sexually abusing a schoolgirl she tutored in her family home has been banned from teaching for life – but insists she did nothing wrong.

Kim Connor, 46, began caring for the student when she was just 13 and invited her to take additional lessons at her home.

She was convicted of three counts of sexual activity with a child by a person in a position of trust and jailed for nine months in July 2020.

At a misconduct hearing, a panel heard that Connor admitted that she had not appealed the conviction to the criminal courts. But she insisted on recording that she disagreed with the convictions.

However, the panel pointed out that she denied the offenses in court – but was found guilty and sentenced.

Ms Connor had been employed as a performing arts teacher at a school from 1996 to 2015.

She then taught at another school for a term, before returning to the original school – where she worked until her suspension in March 2018.

The sexual abuse took place between Connor and the student, who cannot be named for legal reasons, in 2004.

During his criminal trial, jurors heard how the pair met when the teenager enrolled at the school where Connor had just joined the drama department.

Staff described her as “a person who is trustworthy, truthful and honest, moral and upright”.

The court heard the two became close later and when she turned 13.

Connor, a mother of two, has started offering the girl weekly private lessons at her home in Salford, Greater Manchester.

Darren Preston, prosecuting, said: “During a lesson, Connor kissed the girl on the lips when she was 14 in a chaste manner and things started to develop.”

It was claimed that the relationship then became more sexual and that they exchanged texts and Connor signed off saying “your Kim”.

The court also heard that Connor showed the victim a safe in his wardrobe containing various sex toys.

The teenager then became “captivated and fascinated” by Connor, while her unsuspecting parents mistakenly assumed the teacher was mentoring their daughter.

Connor and the student also vacationed together in Portugal, had meals at restaurants and spent nights in hotels.

The relationship lasted almost six years, until the victim discovered that Connor had secretly undergone IVF treatment to have a baby.

The schoolgirl kept the relationship a secret until 2018, but spoke to police after being inspired by the #MeToo movement.

Paul Hawkins, chairman of the committee at the Education Regulatory Agency hearing earlier this month, said: ‘The committee found that the seriousness of the offensive behavior which led to the conviction, and in particular that it involved sexual activity with a child who was and had once been a pupil in her care, was relevant to Mrs. Connor’s continued fitness to teach.

“There was no evidence that Ms Connor’s actions were not deliberate.

“In fact, the panel noted the judge’s remarks on sentencing which stated, ‘These were not isolated incidents. The student was groomed and manipulated.”

“The panel did not consider Ms. Connor to have shown insight or remorse for her actions, and determined that there was a risk of repetition and therefore an ongoing risk to students.”

Banning Connor from teaching for life, Alan Meyrick, for the Education Secretary, said: ‘I am particularly aware of the finding of abuse of position of trust in this case and the impact that such conclusion has on the reputation of the profession.

“In my opinion, it is necessary to impose a restraining order in order to maintain public confidence in the profession.”