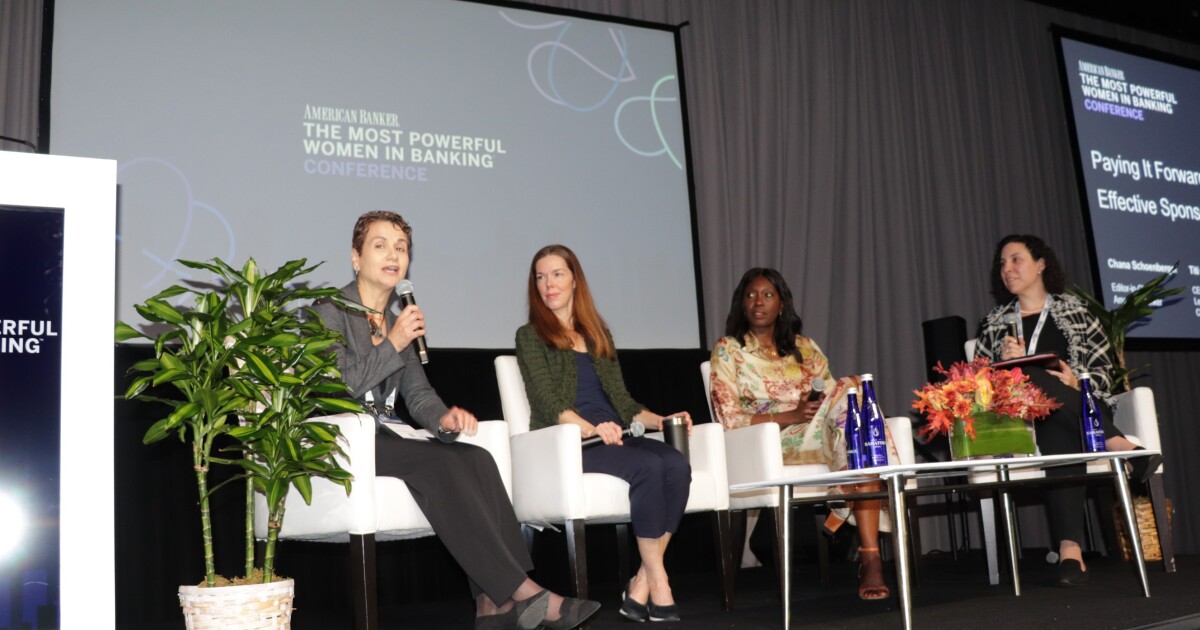 Almost two decades ago, in 2004, Titi Cole began his banking career as a new executive at BMO transition from the world of management consulting. She was assigned an executive coach whose guidance as a mentor, she said, was truly life-changing and has stuck with her ever since.

“This one is funny,” Cole said during a panel at American Banker’s Most Powerful Women in Banking conference last month. “She was like, you need to exercise more.”

The banking hall laughed. “I was like, exercise more?” said Cole. “What are you talking about? She’s like, you have too much energy.”

The coach filmed Cole and told her that her teammates felt she came across as “difficult” and “a little chaotic” because of her energy level, which made it difficult for them to keep up with her. She encouraged Cole to develop a habit of daily morning exercise that has since helped her moderate her energy levels and “be more intentional” in her interactions.

“It was a comment from a mentor who observed me and got feedback on how I interacted with my team,” Cole said, reflecting that mentors who are willing to offer personalized and honest feedback can have a lasting influence. . “And it changed my life.” From then on, Cole said, she had been exercising just about every day. “It also changed my personal relationships, which my husband can attest to,” she joked. “I do so much better when I exercise in the morning.”

Cole is now CEO of Citi Legacy Franchises. This year, American Banker class she among the most powerful women in banking.

Mentors have long been a buzzword when it comes to advancing one’s career, and giving back as a mentor is just as important to many leaders, especially women in finance who continue to be underserved. represented. Only 23.5% of VTCs are womensince this year, and it is a number that barely changed despite the close passage two decades. In the banking sector, a McKinsey A report last October found that women make up 53% of the entry-level workforce, but fill less than a third of SVP and C-suite positions. Women of color, including black, Latina and Asian professionals, had the hardest time getting promoted, as they made up a quarter of the entry-level workforce, but only one in 20 made it to the C-suite , according to the study.

But what does the journey to success with mentors and mentoring look like for women, in practice? Turns out everything from watching table beaters to kicking pants to Formula 1.

Cole was joined on stage by Ellen Patterson, General Counsel for Wells Fargo, and Erminia “Ernie” Johannson, Group Head of North American Personal and Commercial Banking at BMO Financial Group, who exchanged stories and advice with her about being mentors and coaching others. Patterson is a former winner most powerful women to watch awards, and Johannson is a winner of this year’s list of the most powerful women in banking. Chana Schoenberger, editor of American Banker, moderated.

Read below for more practical career advice from their conversation.